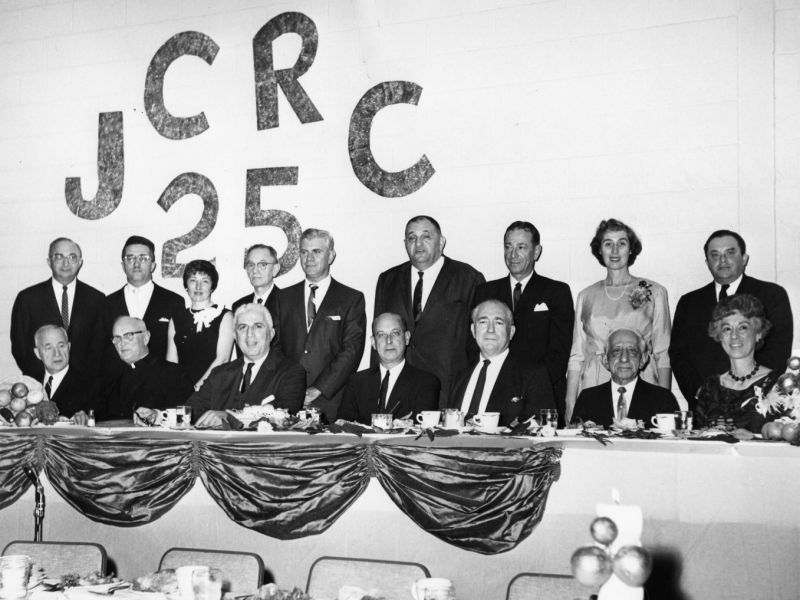 What We Do: A Brief History of the Jewish Community Relations Council

In the mid-1930s, in response to antisemitic activities in Cincinnati and the expansion of Nazism and Fascism in Europe, a small group of Cincinnati Jewish leaders began to meet informally to devise methods of combating these threats to the Jewish community and American democracy. Throughout the 1930s, these men, working without a formal organization or name, worked to keep informed on the growth of antisemitism and to monitor Nazi activities in Cincinnati. These individuals realized their mission could not be accomplished by volunteers alone and, in 1939, formed the Public Relations Committee (today’s JCRC).

Since its inception, the JCRC has been concerned for the security and fate of the Jewish people in Cincinnati, in Israel and around the world. Israel, antisemitism, threats to overseas Jewish communities, terrorism, separation of church and state, civil liberties and civil rights are among the issues that the JCRC addresses today

The attached video, made in honor of our 75th anniversary, gives a good history of what we do.