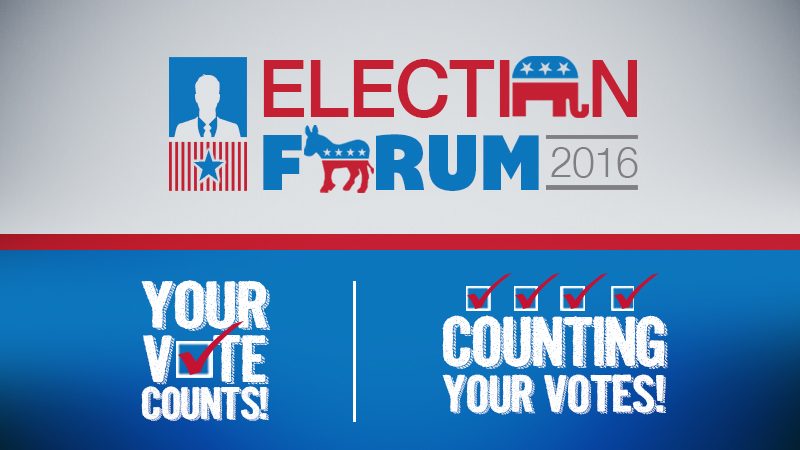 The Jewish Community Relations Council (JCRC), part of the Jewish Federation of Cincinnati, and AJC Cincinnati (American Jewish Committee) will host two election forums at the Mayerson JCC in an effort to educate Cincinnatians and engage them in civil dialogue before and after they cast their votes.

“It’s election season in Ohio, and the nation’s eyes are on Hamilton County. We want to be a resource for members of the Cincinnati community so they can learn the issues and cast their votes with confidence,” said Michelle Kohn, president of JCRC.

“We believe that it is possible and productive to have respectful, civil debate and conversation in the midst of a heated race and during a polarizing time,” added Sandy Kaltman, president of AJC Cincinnati.

The first of the two forums, entitled “Your Vote Counts!,” will take place on Wednesday, November 2, and will feature a local and state candidate meet-and-greet at 6:30 p.m., followed by a moderated discussion about the presidential race at 7:30 p.m. Representatives from both presidential campaigns have been invited to participate. To register, visit www.jewishcincinnati.org/yourvotecounts.

The second forum, entitled “Counting Your Votes,” will take place on Wednesday, November 16 at 7 p.m., and will feature Jeremy Fugleberg, the Cincinnati Enquirer’s 2016 political reporter, and Eric Rademacher, Co-Director of UC’s Institute for Policy Research. The speakers will analyze election results and identify trends that provide insights for the future. To register for the second forum, visit www.jewishcincinnati.org/countingyourvotes.