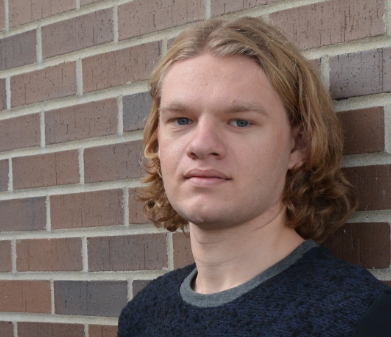 I am so proud of all the work Sally & Marty Hiudt, our 2016 Community Campaign Co-chairs, do.  Please enjoy Daniel’s story, a part of our Giving Tuesday series. —Danielle

We wanted to share Daniel’s story so you know how much your gift matters. Because together, we can do almost anything. —Sally and Marty Hiudt, Community Campaign Co-chairs

“I didn’t know much about Israel and Judaism. I didn’t have the passion, but I knew that I had an interest,” says 21-year-old Daniel Dolzhansky.

The son of Russian immigrants who made their first American home in Cincinnati’s Roselawn community, Daniel grew that interest into a passionate sense of Jewish identity by taking part in nearly a dozen programs, offered by Cincinnati’s Jewish agencies.

It started with Camp Livingston in 2007, which Daniel calls a “small ticket in.” Looking back, he remarks, “But, I was too young.”

As a teen attending Moeller High School, Daniel fulfilled his service requirement by volunteering at the Mayerson JCC. That’s when he attended the Israel Travel Fair. After a subsequent 5-week JQuest trip to Israel and Hungary, he was hooked.

“I just feel like Israel kind of sparked my Jewish awakening.”

“I just feel like Israel kind of sparked my Jewish awakening. I was fascinated by these people who were so far away, but they were so similar to me,” he recalls.

The experience left him craving more. Daniel returned to Cincinnati with a hunger for Jewish community, and found just what he was looking for at Cincinnati Hillel. “UC is a big campus and there were some interest-based clubs I joined, but Hillel is a cultural, social place to learn more about yourself, other Jews, and your culture,” Daniel says.

Thinking back about shared shabbats, holidays, and off-campus adventures with other Hillel students, he can’t pick a favorite event. “I like all of them,” he says.

But there was nothing quite like Israel. So Daniel seized the opportunity to travel again on a Birthright trip, and recently returned last summer, as an Onward Israel intern who worked at two startups. Looking back on the experiences, he explains why it took trips around the world to deepen his sense of Jewish identity.

“Just being a part of the Jewish family. Russians, Israelis—we’re all over the globe. You’re a part of this very big global community,” Daniel says.

“In the future I do want to move to Israel and continue my life there.”

It’s no surprise, then, that the UC junior has post-graduation plans to return to the place where that interest became a passion. “In the future I do want to move to Israel and continue my life there,” Daniel says with a smile.

"I was fascinated by these people who were so far away, but they were so similar to me."