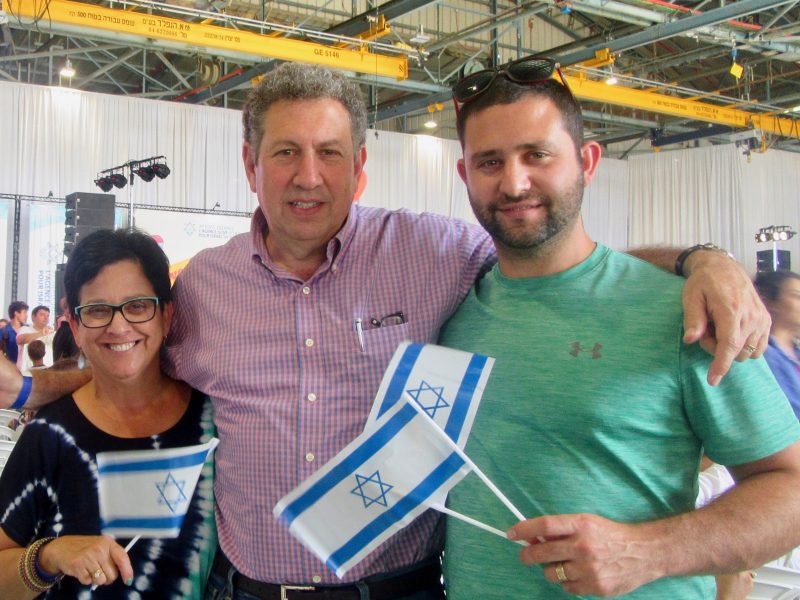 How You Help: “Why We Go to Israel—and not Europe”

Fred and Kathy Kanter go to Israel to strengthen and enjoy the powerful connections they have forged there. 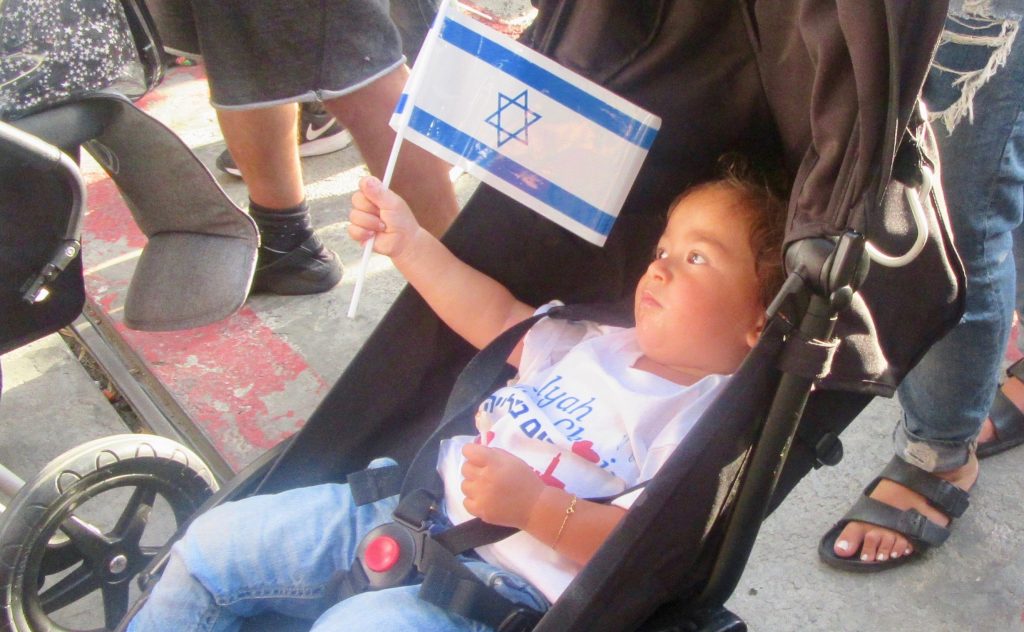 In July, Fred and Kathy Kanter of Montgomery visited Israel for nine days. It was their 14th trip. “Why go so often?” I asked them recently, sitting with them in Fred’s office. Their wide-ranging and insightful answers can all be grouped under one general rubric: connection. This answer also means the Jewish Agency for Israel, which the Jewish Federation of Cincinnati funds, has been successful. The Jewish Agency’s purpose in part is to “bring[s] Jews to Israel, [and] Israel to Jews.” It is the Jewish Agency that makes possible the immigration of olim (those who immigrate to Israel) from all over the world, and the absorption centers where many olim learn Hebrew and make their start in their new home.

Danielle Minson: You got the opportunity to visit many places that our Cincinnati Federation funds through the Jewish Agency. What was the most exciting?

Kathy: For me the highlight really was being at Ben Gurion airport greeting the olim that were arriving from France. This was the largest plane from anywhere in Europe this summer. And having been to Israel so many times—and it’s so important to us—I really felt a total connection with the olim coming. It was really a once-in-a-lifetime experience.

Danielle: Can you describe what happened?

Fred:  We went to the airport. There were hundreds and hundreds of people there. The Chief Rabbi of Israel was there. Natan Sharanksy was there. There was music and dancing and so forth.

Kathy:  We had arrived a hour and half before the plane was coming. The anticipation was just building and building. There was an aisle cleared for the passengers to come off, and there were people standing on either side waiting, and we all had Israeli flags, and we were singing. And on this plane was a 92-year-old man and 2-month-old baby. And you saw lots of people walking—I think they were surprised and touched at the welcome they were receiving. Some were crying, some had tears in their eyes. And the toddlers in their strollers, just looking around with their Israeli flags—they had no clue. But we’re thinking about the new life that they are beginning, and thinking about how difficult it must be for the teenagers who had to leave all their friends, but what a great life lay in front of them.

Danielle:  What most moved you?

Kathy:  How brave these people must be. Their situation in France must have been so intolerable —to pick up when you are 92 years old, or to travel with a newborn? They must really have felt it was their time to leave. And I think that’s very brave. And thank G-d Israel is there for them, that’s the bottom line.

Fred: On the same visit we met a cousin of mine who is in his late thirties, who is Israeli but had lived in France for maybe 20 years, had a family and a business there. He recently sold his business and moved back to Israel with his wife and kids. Unfortunately they no longer feel safe in France. Who would’ve thought that in our lifetime Jews would be leaving Europe for refuge in Israel? For these 200 French Jews the ability to get on a plane, come to Israel, be welcomed as they were—there’s not a chance that that could have happened in any other circumstance, other than in Israel, with the help of the Jewish Agency.

Danielle: I know this an impossible question to answer briefly, but why is Israel important to you?

We kid around with each other, about where to go, and maybe this will help explain how we feel about Israel. Kathy sometimes says we need to go to Europe more, and I say: I only want to go to Israel. And the difference is, when you go to Europe—it may sound simplistic but you just see buildings. And they’re nice buildings…. When we go to Israel we’re seeing people. It’s an amazing place.

Here’s [an example.] Five years ago when we were in Israel in an outdoor café in Tel Aviv. And there was this decrepit old woman begging, comes into the outdoor café asking for money. Goes up to each table. The waiters and waitresses are walking around her. In America she would be shooed away, arrested, or whatever. But not only did she go up to each table, but at every table somebody reached into their pocket, and gave her some shekels. And I don’t know that I’ve ever seen that here. So there’s a connection in Israel that people have to each other. And they look at this older woman and they may see a Holocaust survivor, they may see their grandmother, they may see whoever, but they know it’s a Jewish woman, and this is Israel, and they should help out.

Fred:  You’re welcome. Another [related story,] we went to Israel also to see a cousin’s wedding—

Kathy: This was a family that we met when we went on our honeymoon in 1979. We had a scrap of paper with a name and address that an uncle of his had visited years before. And they just opened the door, and invited us in, invited us back for Shabbat dinner. And this was 38 years ago exactly, and we’ve met three generations; every time we go, we meet them. Also, every time we go now, we visit kids from Netanya, our sister city, who have come to Cincinnati. And every time, they invite us for Shabbat dinner. When we go to Israel we don’t go as tourists, we really feel like we truly have a connection there, that keeps us coming back.

Fred:  I have one last story. It was a Friday afternoon, and we’d been walking on the beach in Tel Aviv; we’re staying at a hotel on the beach. And we come back in. There’s an area of the hotel where they have candles for the women to light Shabbat candles, because they don’t want them lighting them in their rooms. So we sat there for a little while and over of the course of 10 or 15 minutes women would come down to light candles, but what was interesting is the diversity of the women. In other words there were ultra-Orthodox women who would come down with hats and scarves; there were Modern Orthodox women, there were women in jeans, women dressed in a variety of ways from all around the world. And each person had their own way of lighting the candles and saying the blessing. And in that one 15-minute snippet we could see the whole Jewish people so to speak—

Kathy:  —but yet it’s the same blessing that we’re all saying—

Fred:  —the same blessing. So that was another touching moment. That’s why we go to Israel and not Europe.

Fred Kanter is a past Jewish Federation Chair and Federation board member. Kathy Kanter serves on the Jewish Federation’s Israel and Overseas Committee and is a past chair of Partnership2Gether, a Federation program promoting connection between Cincinnati and Netanya, our partership city in Israel. Together they are currently serving as cochairs of Israel at 70.

The 200 olim who arrived that day, witnessed by the Kanters, are part of an estimated more than 30,000 new immigrants who will arrive in 2017. The Jewish Agency for Israel and Partnership2Gether (P2G) are two of over fifty programs and agencies funded in part by the Jewish Federation of Cincinnati.

Thanks to you and the help of our partner agencies, strong relationships continue to be forged between Cincinnati and Israel.

“So there’s a connection in Israel that people have to each other. And they look at this older woman [begging at a Tel Aviv cafe] and they may see a Holocaust survivor, they may see their grandmother, they may see whoever, but they know it’s a Jewish woman, and this is Israel, and they should help out.” —Fred Kanter