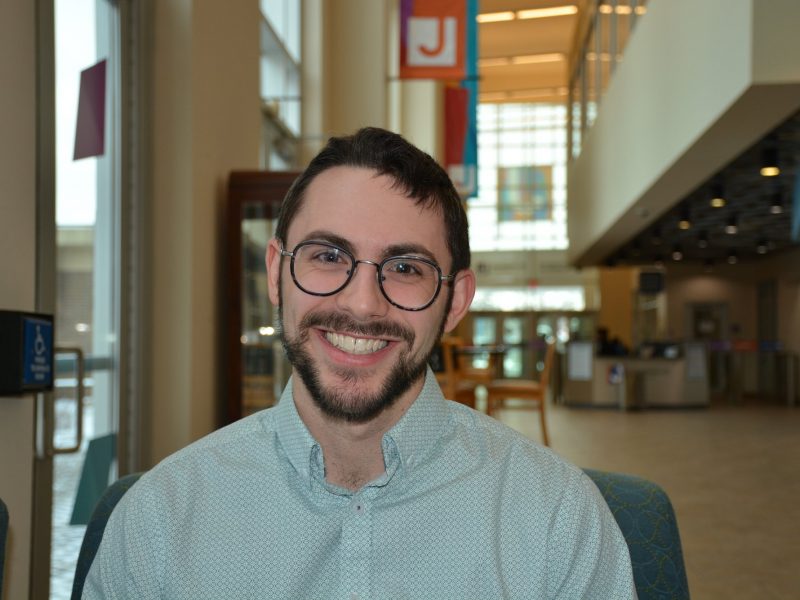 Why We Give: Yosef Never Met Esther, But He Made her Dreams Come True

Cincinnati natives Esther Becker and Yosef Kirschner never met, but their story about building Cincinnati’s Jewish community together echoes the Talmud’s tale of Honi and the carob tree. In this story, the grandfather plants a tree that 70 years later, after he is gone, bears fruit and becomes a gift for the grandchild.

While they were alive, Esther and her husband Maurice lived humble, modest lives. They worked hard, running a small family business together. Maurice was known for his honesty and his devotion to his wife and daughter. Esther was known for her caring, openness, and a wonderful sense of humor.

Yosef and his wife Elka are Jewish young professionals from Amberley. Two years into their marriage, no children yet, they are busy exploring their new married world together. They were looking to expand their network of friendships in the Jewish community, but didn’t know how. Though they are part of the close-knit Orthodox community, while Yosef was attending the University of Cincinnati for his engineering degree he had been unable to find a new network of Jewish young adults.

How to Grow a Carob Tree

Esther and Maurice didn’t come from money, but Maurice invested carefully, and apparently successfully, in the stock market.

Esther liked to quote her mother, who had said, “A bissel and a bissel makes a whole schissel;” meaning a little bit and a little bit makes a whole lot. And bissel by bissel is how Esther described the couple’s accumulation of wealth.

Esther and Maurice were “true members of the community,” as former Jewish Federation of Cincinnati president Andy Berger said. They participated in many community organizations throughout their lives, including Golf Manor Synagogue, the Mayerson JCC, and Cedar Village. When Esther was young, the Jewish community assisted her family with food, clothing, and education.

After Maurice passed, Esther continued her involvement, benefiting from and appreciating what the community had to offer. According to Jan Frankel, her executor, Esther loved coming to the senior lunches at the Mayerson JCC.

Esther was “a very special person, always looked for a reason: how can I help others…If that person is a Jew, and I can do something for them, that’s what she was looking for,” said Tsippy Gottlieb, the former Senior Adult Services Director at the JCC.

The true surprise was that in 2012, at the end of Esther’s life, she left the Jewish Federation of Cincinnati an endowment of $1.75 million.

Esther’s priorities were Jewish: “Esther was intent on preserving her Jewish identity and the Jewish identity of all of the community,” says Frankel. The purpose of her gift is to ensure that Cincinnati has a vital, thriving Jewish community. That was her dream.

How? With Esther’s help. Just seven months ago, with the help of the Federation, Esther’s gift—now called the Esther and Maurice Becker Networking and Mentoring Center—launched Cincinnati Vine. This website and app works as a central interactive hub for young Jewish adults to connect to each other and the Cincinnati Jewish community.

“I wanted to connect the Orthodox community with the greater community; I felt like I could give a lot, so I was really looking for that,” said Yosef. “But I didn’t know how to get involved. Then this thing called Cincinnati Vine popped up. I heard about it through some friends, I checked it out online, and it was just a great format and had all these different events I could go to. And I started slowly going.”

For Yosef and Elka, things escalated quickly. By now they’ve been to 15 events and have themselves hosted two Shabbat dinners. They’ve made a lot of friends.

Yosef’s favorite event so far? “Latkapalooza. And the happy hours are always a lot of fun, in cool venues.”

It’s become, for Yosef and many others, something truly new: a Vine community. In only seven months. Esther would, one hopes, be kvelling.

And so, Yosef benefits from and also furthers Esther’s legacy. He wants to become what’s called an “ambassador” for the Vine community. And he is bringing his friends along. “There’s a lot of opportunity to build bridges, and make our community a really cohesive place, where everybody can work together and understand each other.” He grins with enthusiasm.

In a sweet twist, Yosef is helping Esther’s dream come true, while Esther is helping Yosef create the community he and Elka have wanted for years. And that’s good for our whole Jewish community. One person helps another, bissel by bissel, and even perhaps carob tree by carob tree.

“I wanted to connect the Orthodox community with the greater community; I felt like I could give a lot, so I was really looking for that. But I didn’t know how to get involved. Then this thing called Cincinnati Vine popped up.” —Yosef Kirschner