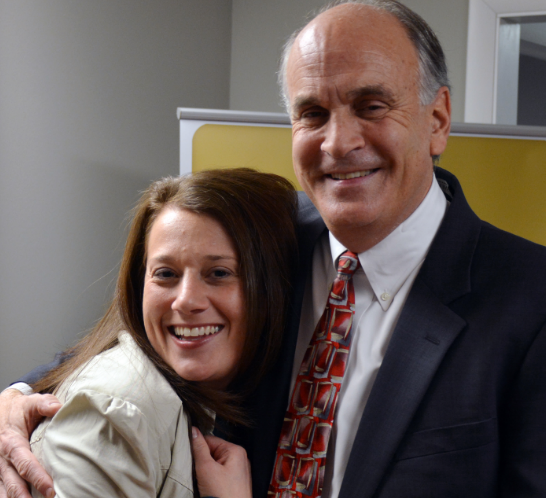 After a lifetime, suddenly out of work

For Mark, family comes first. Though proud of his career, Mark’s work has always been in service of his family. “I stayed in the position I had for many years because it gave me a lot of flexibility to do stuff with my kids. I’ve been divorced for 20-some years,” said Mark. “So it enabled me to go to all their band competitions, to pick them up from practice, from Sunday school, everything, and I did all that.”

Mark has spent most of his career as a sales professional in the long-term care pharmacy industry. Because of downsizing, he was let go from his position of 15 years. He was of course worried about providing for his son and his daughter, both still in college and needing tuition and more. He was also concerned about the steep cost of retirement. He thought he needed to work at least another 10 years.

He needed a job. But he hadn’t had to look for one in a long time, and much had changed. Although internet- and computer-savvy “to a degree,” he felt like a beginner with all the new online offerings, especially after he sent out hundreds of resumes, but got little response.

“After about three months or so I realized things weren’t happening, I wasn’t doing it on my own,” Mark said. “I started to get frustrated. The papers, the old way of thinking how to find a job, was no longer viable.”

Then a friend reminded Mark of JVS Career Services. They’d helped Mark, “way back,” craft his first resume. At first he thought that resume help was all they did, but knew he needed to make a change, so he tried it.

Mark met Deirdre and Kim at JVS Career Services, and they helped him. He attended workshops on LinkedIn and online applications, job search techniques, networking, resume writing, and more. “I went to their meetings, and got to know Deirdre and got to know Kim. Very thankful I did that.”

Within a month he found a good job commensurate with his skills and experience.

“Their positiveness—always positiveness—was the most important thing,” Mark said. “Because I was down. I knew that I would eventually find a job, but you start to get down after a while. Both Deirdre and Kim are just phenomenal.”

With help from JVS Career Services, Mark continues to put his family first. “My daughter’s a fourth-year pharmacy student, so she’ll be interviewing for a residency in December. But I know her interviewing skills need some work, she just gets nervous, and she hasn’t done a lot of it.” The solution? “I’ve had my daughter work with Deirdre.”