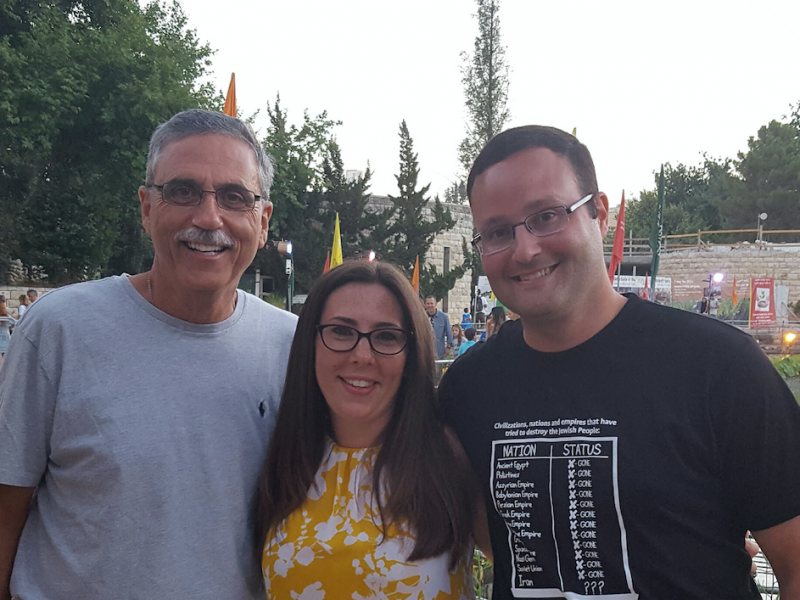 Our father-son journey to Israel — from Cincinnati Business Courier

I wanted to share this moving op-ed, featured in the Cincinnati Business Courier, written by Steve and Brad Coppel. Having had such a close relationship with their father and grandfather, Werner Coppel, it was an honor for me to be with them in Israel for part of their journey. —Sarah

By Steve and Brad Coppel

Thanks to the generosity of the Jewish Foundation of Cincinnati, the Jewish Federation of Cincinnati, Rockdale Temple and their dedicated staffs, we traveled to Israel together, a father and adult son, as part of a trip including 500 Jewish Cincinnatians. Both of us are permanently altered by this transformative experience—not just because this was an
excellent bonding experience for a father and son, but also because of the unique place Israel holds in the history and culture of, and as a moral compass for, Western civilization. That place has particular meaning in our family, as the progeny of Holocaust survivors.

Together we visited shrines of Judaism, Christianity and Islam, literally and figuratively tracing the very same steps where our people have walked for over 2,000 years.  More >