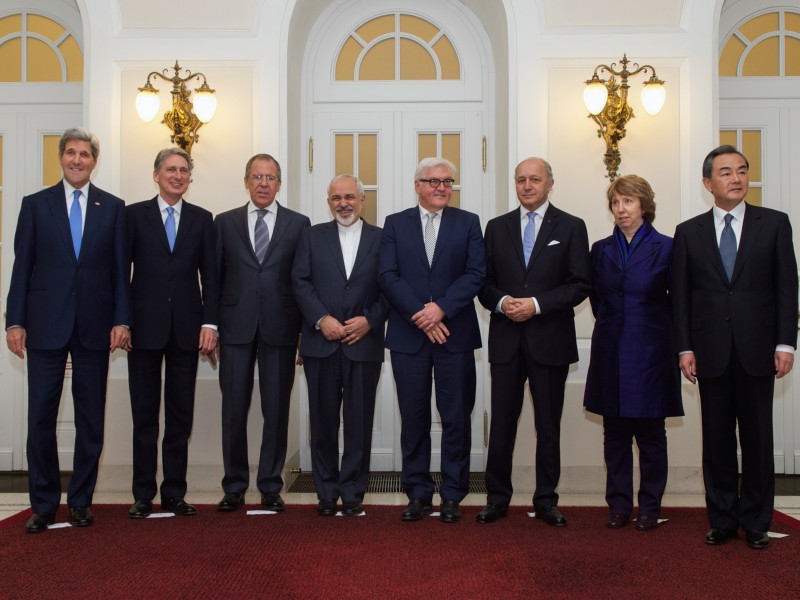 This is the official press release that we at the JCRC composed in collaboration with our board and the Jewish Federation of Cincinnati. —Sarah

The Jewish Community Relations Council and the Jewish Federation of Cincinnati share the Obama administration’s desire and appreciate their efforts to reach a diplomatic solution that will prevent Iran from developing nuclear capability. However, we have grave concerns that the present deal may not accomplish this objective and could threaten the peace and security of numerous countries, including the United States and, more immediately, Israel. Therefore we urge Congress and our community to scrutinize the deal and its risks and implications carefully.

Our key concerns include:

We are also greatly concerned by Iran’s continued hostility toward Israel, and the blatant calls for its destruction. Ayatollah Ali Khamenei, Iran’s supreme leader, responded this way to the deal: “Whether the deal is approved or disapproved, we will never stop supporting our friends in the region and the people of Palestine, Yemen, Syria, Iraq, Bahrain and Lebanon…. Even after this deal, our policy toward the arrogant US will not change. We don’t have any negotiations or deal with the US on different issues in the world or the region.” At the rally where he spoke, chants of “Death to America and Israel” were heard. Unfortunately, our history teaches us to heed these types of warnings and not stand idly by.

Leaders from across the Israeli political spectrum, from Labor Party head Yitzhak Herzog to Prime Minister Benjamin Netanyahu, have also expressed grave concerns about the proposed deal and what it could mean for Israel’s security. In the very short term, lifting sanctions on Iran will mean a boon for Hamas and Hezbollah, who have sent more than 25,000 rockets aimed at Israeli citizens since 2001. At the same time, we do acknowledge that prominent diplomats, strategists and experts, both in the United States and Israel, believe that the deal will delay Iran, for a number of years, from obtaining a nuclear weapon.

To promote dialogue and learning about this critical issue, the JCRC and the Jewish Federation will convene a community forum, with expert speakers representing a wide range of views. This forum will convene in August 2015.

As Congress is taking 60 days to review the deal, and as we come together as a community to do the same, we look forward to bringing to you valuable analytical and educational resources.