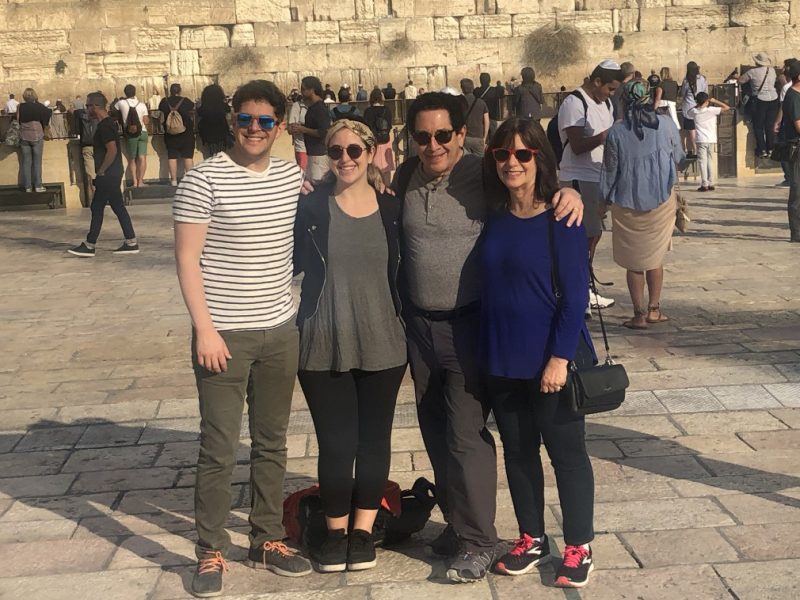 Why We Give: Multigenerational Support Helps Inspire New Generation of Giving in Jewish Cincinnati

For Mark and Marcy Kanter, cochairing the October 2021 Major Gifts dinner thrown by the Jewish Federation of Cincinnati in honor of their major donors was just another step along their path of community involvement. The couple has been active members of the Cincinnati Jewish community for decades.

For Mark, watching his parents engage and support the Cincinnati Jewish community helped him see the importance of giving back. “Neither my parents, nor Marcy’s, ever sat us down and told us the value of supporting the Jewish community,” Mark said. “They just did it, and we watched them do it, and now it’s something that we consider an important part of ourselves.”

Marcy came to Cincinnati in 1978, having moved from Munster, Indiana, which had a very small Jewish community. “We had a Reform synagogue, a Conservative synagogue, and I was only one of about 20 Jews in my school,” she said. Nevertheless, Marcy engaged with Jewish summer camps and later a Jewish sorority in college, “and that’s where I discovered the importance of being part of a healthy Jewish community.”

“When you look at our family history,” said Marcy, “we have benefited significantly from the Jewish community. Mark’s father was a recipient of a Workum Fund Scholarship, which enabled him to go to college.” The Workum Fund, which is administered by JVS Career Services, began in 1917 and provided scholarships for Jewish students to attend college, but now offers paid, supervised internships in local Jewish agencies. Marcy was a part of the Workum Fund committee, and later both of their children, Annie and Sammy were involved with Workum—Annie interned at the HHC, Sammy supervised the Workum interns when he worked at the Jewish Federation.

Now Annie is an active member of the Cincinnati Jewish community, and Sammy is studying to become a rabbi. “Like our parents,” said Mark, “we led by example. Annie and Sammy saw us donating our time and money, and they got involved themselves. To me, giving has a very plain and simple reason— we take care of our community because that’s what we do as Jews.”

“We take care of our community because that's what we do as Jews.” —Mark Kanter