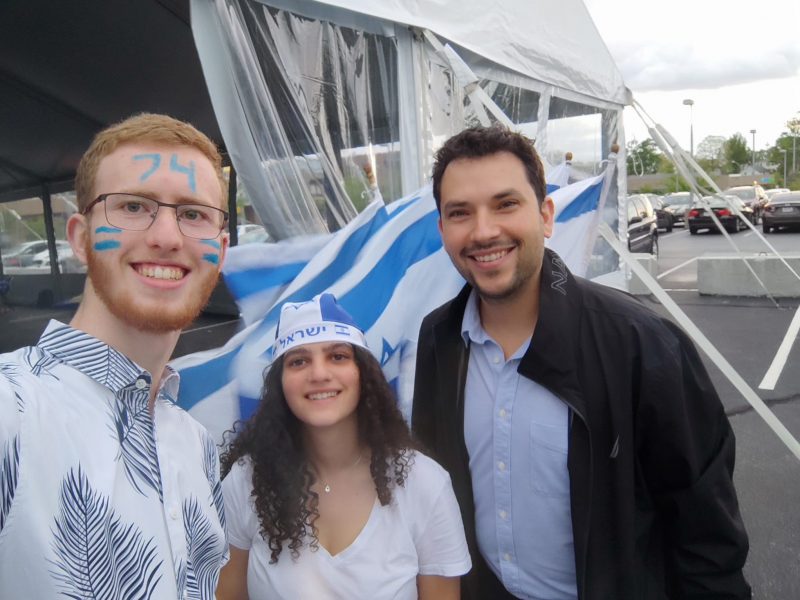 As Shaliach or Community Emissary from Israel, I have been told that the Yoms—Yom Ha’Shoah (Holocaust Remembrance Day), Yom Ha’Zikaron (Israel Memorial Day), and Yom Ha’Atzmaut (Israel Independence Day)—are the main events that I need to plan and execute.

It brings me great joy to see how Americans celebrate Israel’s Independence Day. Most Israelis have no idea that hundreds of thousands of Jews around the world are celebrating the birth of Israel with so much pride and joy. You don’t have to go back that far in history to find a time when Israel didn’t exist, and the connection many of you feel towards Israel is the foundation for our close and strong relationship. Besides, who doesn’t like a good party?

Israel’s Memorial Day on the other hand is not a festive day. What motivates people across the ocean to take part in a day that commemorates another country’s fallen soldiers? We must go back to the idea of Jewish peoplehood: the notion of togetherness that overcomes cultural differences, that glues us together.

Israel is a Jewish-democratic state, and because of that, most of the holidays it celebrates are religious. However, the Yoms are just about the only non-religious-based holidays, which makes them somewhat more special and uniting. We celebrate those days close to one another for a reason—they are symbolically connected. The first is Holocaust Remembrance Day, celebrated on the 27th of Nisan, then Israel Memorial Day on the 4th of Iyar, and the following day is Israel Independence Day.

The state of Israel was established a few years after the tragedy of the Holocaust, mainly by survivors, which made a huge impact on the national identity. Israel is a safe haven for Jews, a place where Jews will not be prosecuted or targeted for being Jewish and can be free from antisemitism. Establishing a country did not come easy. The day after the Declaration of Independence was signed, a war broke out and we had to fight for our freedom. That was the case 74 years ago and that is the case today. The Israel Defense Forces (IDF) has to stand on guard to enable Israelis to live freely. Memorial Day honors all the fallen soldiers and victims of terror. It is because of them that Israel can celebrate Independence Day, which is why we start celebrating independence right after we finish commemorating the fallen.

As a former officer in the IDF, and as a current Shaliach, I cannot think of more meaningful days than these. They are the essence of Israel, compressed into one week, and going through this week in a foreign country is complicated. My challenge was to create an atmosphere here in Cincinnati that resembles the Israeli one.

How do you translate all of that meaning into an American culture? How do you convey the melancholy to a community that is used to celebrating America’s Memorial Day with cookouts and shopping?

I was so curious about this opposite approach that I asked people: how can you enjoy a day like this? The answers that I got ranged from, “We don’t really know,” to, “We are happy to honor them and their loss.”

I have to say that I liked the direction of the last answer, the positive mindset: who said that we always have to mourn? It was so great to meet so many of you during the Yoms. I am still amazed how Israel is so dear to many of you and I thank G_d for this, because it is not something that can be taken for granted.

Looking ahead for next year, we are going to go big for Israel 75, to celebrate 75 years of Israel’s existence, so stay tuned for updates.

"Most Israelis have no idea that hundreds of thousands of Jews around the world are celebrating the birth of Israel with so much pride and joy.” –Yarden Neeman