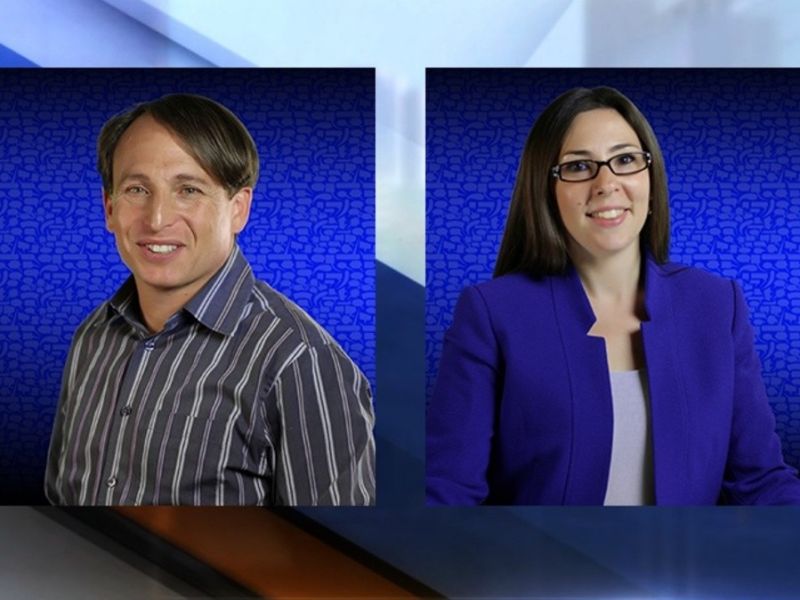 By the light of the menorah we recommit to understanding, tolerance

JCRC Director Sarah Weiss and I wrote this editorial about Hanukkah, which was published on WCPO’s website on December 10.

There’s a Jewish joke that says that all of our Jewish holidays have the same overall theme: “They tried to kill us, we survived, now let’s eat.”

While there is some truth to this statement, our Jewish holidays, and Hanukkah in particular, offer much deeper lessons.

Hanukkah—the Festival of lights—offers us a universal message of hope amidst an often all too pessimistic world. It is the story of triumph over evil, the resilience of the Jewish people, and the search for light in dark times.

Hanukkah is an unlikely tale of the minority rising up against a mighty superpower. It begins more than two millennia ago in the Holy Land, under Greek rule. At first, the Jews were accepted and encouraged to assimilate into the Hellenistic society. However, under the reign of Antiochus IV, Jews were oppressed, massacred and the Temple was desecrated.

While the revolt didn’t come immediately or simply, eventually the Jewish people—led by the Maccabees—stood up to and defeated their oppressors.

The less violent and more hopeful and optimistic side of the Hanukkah story—the part that seems to be at the center of our modern understanding of Hanukkah—is the miracle of the oil that burned many days longer than could have been expected.

This part of the story comes at the end of the revolt, when Jews went to rebuild the temple and found enough oil to last only one night, but it lasted eight days.

Our Jewish tradition teaches us not to celebrate military victories. Therefore, it is the miracle of oil that inspires the ubiquitous religious tradition that remains a part of the holiday today; to kindle the menorah.

Light in the darkness

These military and oil miracles offer us several lessons that resonate strongly today. As Jews, we are called to remember the resilience of the Jewish people and strive to preserve our traditions, religion, and culture in a society where assimilation is often the easiest path.

It’s all too easy to see, hear and read about the terrible violence, injustice and intolerance that seem to plague our world. On Monday, the world stood in shock at the horrific attack in Sydney, Australia.

The Hanukkah story, and the lessons we take from it, remind us to look for light in the darkness, to seek hope and not despair, and to focus on what (no matter how far-fetched or improbable) could actually be.

Here in Cincinnati, the Jewish Community Relations Council strives to stand up to injustice and oppression, while also focusing on the light–on what this world could be if we were friends with our neighbors, both locally and around the world.

This holiday teaches that it is not about humanity striving to be one, but rather respecting and valuing our differences and unique traditions.

Recently the Jewish Community Relations Council of the Jewish Federation of Cincinnati co-hosted a Civil Rights & Hate Crimes symposium with the Department of Justice. Over 100 community leaders from various faith, ethnic, and minority communities came together with law enforcement and other officials.

We learned both about the history and impact of the Civil Rights Act of 1964, and examined the numerous challenges ahead. In spite of the Civil Rights Act, championed by Ohio’s own Republican Congressman Bill McCulloch, the unfortunate reality is that 50 years later, our community faces very real and pressing concerns.

The FBI’s annual hate crime statistics report indicates that 60 percent of the hate crimes motivated by religious bias targeted the Jewish community. The report also revealed many other minority groups as targets of hate and intolerance.

As we join together to light our Hanukkah menorahs tonight, JCRC recommits itself to ensuring a just community for all. As we focus on illuminating the darkness, JCRC invites our fellow Cincinnatians to join us in ensuring our country and world live up to our dreams and ideals of pluralism.