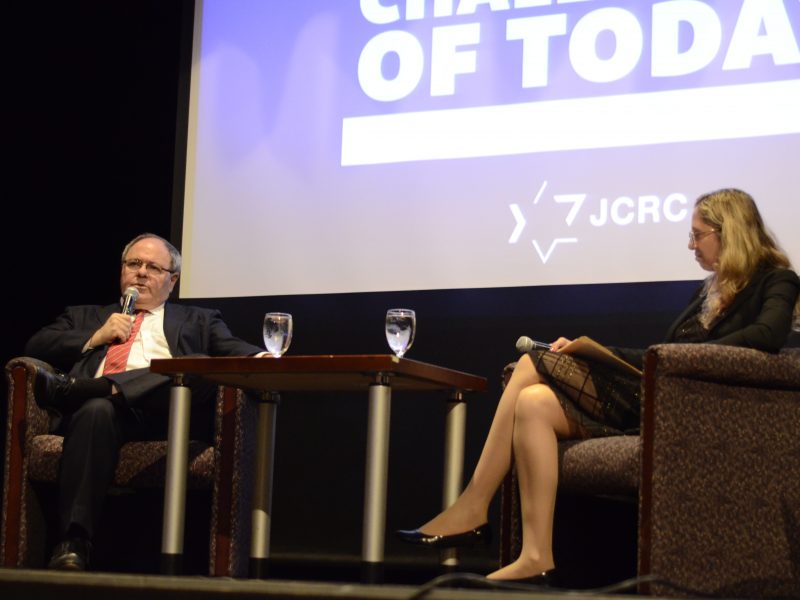 A New Year, a New Initiative to Expand Religious Pluralism in Israel

Before coming to Cincinnati three years ago, I worked for seven years as the educational director of one of Israel’s leading organizations in the field of Jewish pluralism—Bina. The battle to ensure Israel’s Jewish pluralistic character is one I have been fighting for years.

As a community emissary from Israel, or shlicha, my role is to help build bridges between the two halves of the Jewish people—American and Israeli Jews.

Every day at work has its own challenges.

It is not always easy to build bridges.

Although we are one people, our everyday lives look very different. The culture we live in, the political arena, and our realities are all different and affect our understanding (or lack of understanding) of the other.

When issues like the Kotel Agreement or the Conversion Law arise, the job is even harder.

Living between the two worlds, I understand American Jews’ frustration when these decisions are made in Israel. They feel excluded and that their practices are not taken into account in the one Jewish state, a state that is supposed to be their home.

As an Israeli, I know that this fight is not a Jewish diaspora issue. It is a Jewish people issue, but there is a long way to go in order to put this issue on the Israeli daily agenda.

In August, we hosted Ambassador Dani Dayan, Consul General of Israel, for a candid discussion on topics at the center of the fight for religious expression in Israel, including the Kotel Agreement and the Conversion Law.

The ambassador listened to our frustration. He rejected the idea that there is a “last straw” between the two halves of the Jewish people. Instead, he said, we need each other, and for the sake of the future of the Jewish people, we have to get to know each other better and work harder to make changes.

His advice was for Americans to take action. He noted that because American Jews are not citizens and cannot vote, they should and must use other means to influence the Israeli parliament. He called on American Jews to lobby in Israeli, to create a reverse AIPAC (American Israel Public Affairs Committee), influencing not American but Israeli legislators to take into account issues that are important to American Jews.

He urged us to “Israelize” the issues we care about. To make Israelis care about a particular issue, he said, we must show them how it affects them personally. We must send emissaries to Israel, he said, to tell our story and to build the necessary bridges.

I was pleased to tell Ambassador Dayan that we are proud to be the first American community to send, in August, a reverse shlicha—our own Cincinnati Fellow in Israel (Cincy Fellow)—to our partner city of Netanya to teach young adults about American Jewry and Jewish pluralism.

I was also pleased to have Kim Heiman, national chair of the Israeli Religious Expression Platform (iRep), talk about our grassroots initiative to promote freedom of marriage in Israel. Cincinnati was the first Federation to support iRep, an effort to “Israelize” freedom of religious expression in Israel. Through radio ads and billboard campaigns, we have moved the needle on freedom of choice in marriage. Today, more and more Israeli couples are choosing to hold ceremonies that reflect their own Jewish beliefs. Even though they are not officially married, according to the State of Israel, they are fighting the monopoly that the Rabbinate has over marriages in Israel.

I am proud to say that we as a community did not wait for this pluralism crisis to hit the headlines to take a stand and work to create change.

“As an Israeli, I know that this fight is not a Jewish Diaspora issue. It is a Jewish people issue, but there is a long way to go in order to put this issue on the Israeli daily agenda.” – Maia Morag