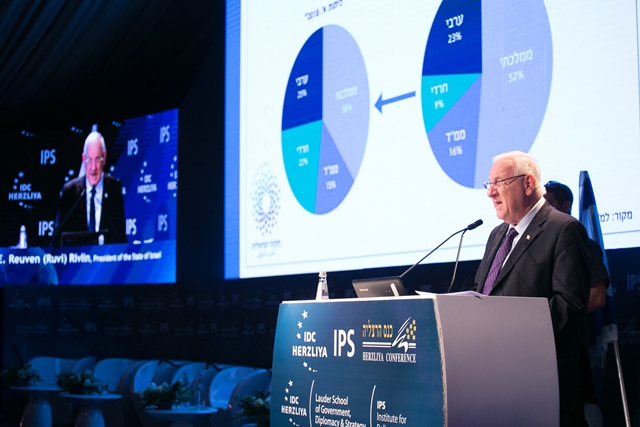 Meet the Believers Who Are Building Israel’s Shared Society

Israeli society, like any other Israeli issue, is complex. It is made up of many subgroups and ethnicities, minorities who were once enemies and later became citizens of the newborn state, many identities, a lot of disagreements and divisions. Add to that politics—and you can understand how complicated things can get.

In this reality, coexistence, peace, “stronger together,” all of those great statements tend to be looked at as naive, childish, or “crunchy granola” style.

Sometimes, looking at the fragments that make up Israeli society, one can become cynical or hopeless and say, “It is what it is. We will always have to fight. We will always live in conflict.”

And then there are those believers—the ones who see the diverse reality with eyes wide open—who also see the need for another solution. They see hope and the ability of people and even nations to change. The ones who will lead the change, just because they don’t see any other option.

Fortunately one of those people is Israel’s President, Reuven (Ruvi) Rivlin. On July 6, 2015, a year after he was elected president, Ruvi Rivlin gave an unforgettable speech, commonly referred to as “The Tribes Speech.” In his speech, he shared his observations and his vision for Israeli society. Our realistic and down-to-earth president sees no other option to insure the future of the state of Israel but to create a strong, shared society.

This year’s Israelity speaker series was created with his vision in mind—with an understanding that hope for Israel’s strong and secure future, in many aspects, relies on its ability to build bridges between the different fragments of Israeli society.

Starting January 28, and continuing all the way through June 2017, you will be able to meet and hear from the people who work every day to create a shared society in Israel. You will hear from Efrat Shapira Rosenberg, who lives, works, and devotes her life to creating shared living and learning spaces for secular and orthodox Jews in Israel; and Mohamad Marzouk, Noa Yammer, and Rabbi Marc Rosenstein, who are devoting their lives to creating a shared future for Arabs and Jews in Israel. We will meet settler Rabbi Hanan Schlesinger and Palestinian activist Antwan Saca who together created the Roots Project, which brings together Israelis and Palestinians who, despite living next to each other, are separated by walls of fear. We will also hear from Hana Bendcowsky, who works to educate about and bring together Jews and Christians in Israel. Rabbi Talia Avon-Benveniste will explore the challenges of creating a shared society for Jews in Israel and diaspora Jews—an effort to build unity without uniformity.

Please join me for these inspiring stories. You can learn more about this year’s speakers and RSVP for the talks by visiting www.jewishcincinnati.org/israelity-2017. In the meantime, I invite you to read Ruvi Rivlin’s words about the importance of building Israel’s shared society:

“In the 1990s, Israeli society comprised a clear and firm majority, with minority groups alongside it. A large secular Zionist majority, and beside it three minority groups: a national-religious minority, an Arab minority, and a Haredi minority. Although this pattern remains frozen in the minds of much of the Israeli public, in the press, in the political system, all the while, the reality has totally changed. Today, the first grade classes are composed of about 38% secular Jews, about 15% national religious, about one quarter Arabs, and close to a quarter Haredim.  While it is true that numbers and definitions are dynamic, neither identities nor birthrates remain static over time. But one thing is clear, the demographic processes that are restructuring or redesigning the shape of Israeli society, have, in fact, created a ‘new Israeli order’. A reality in which there is no longer a clear majority, nor clear minority groups. A reality in which Israeli society is comprised of four population sectors, or, if you will, four principal ‘tribes’, essentially different from each other, and growing closer in size. Whether we like it or not, the make-up of the ‘stakeholders’ of Israeli society, and of the State of Israel, is changing before our eyes….

This serious division of Israeli society finds expression primarily in the distribution between the different and separate education systems. While in the main, Sephardi and Ashkenazi Jews, from Right and Left, do go to school together—in general, children born in the State of Israel are sent to one of four separate education systems. To a system whose purpose is to educate the child and form their worldview into a different ethos or culture, religious belief, or even national identity.

Similarly, each tribe has its own media platforms, newspapers they read, the television channels they watch. Each tribe also has its own towns, Tel Aviv is the town of one tribe, just as Umm el Fahm is the town of another, as is Efrat, and Bnei Brak. Each represents the town of a different tribe. In the State of Israel the basic systems that form people’s consciousness are tribal and separate, and will most likely remain so….

The ‘new Israeli order’ now requires us to abandon the accepted view of a majority and minorities, and move to a new concept of partnership between the various population sectors in our society….

I believe that there are four pillars on which this partnership must stand. The first is a sense of security for each sector, that entry into this partnership does not require giving up basic elements of their identity….

The second pillar is shared responsibility. When no tribe is a minority, no side can escape bearing responsibility for the destiny and the future of the State of Israel, and of Israeli society in general….

The third pillar, is equity and equality. In order to ensure the partnership between us, we must ensure that no citizen is discriminated against, nor favoured, simply because they belong to a specific sector….

The fourth, and the most challenging pillar, is the creation of a shared Israeli character—a shared ‘Israeliness.’ Despite the challenges the ‘new Israeli order’ poses, we must recognize that we are not condemned to be punished by the developing Israeli mosaic—but rather it offers a tremendous opportunity. It encompasses cultural richness, inspiration, humanity, and sensitivity. We must not allow the ‘new Israeli order’ to cajole us into sectarianism and separation. We must not give up on the concept of ‘Israeliness;’ we should rather open up its gates and expand its language.”

To read Rivlin’s full speech, click here. To watch a video of the speech in Hebrew, click here.