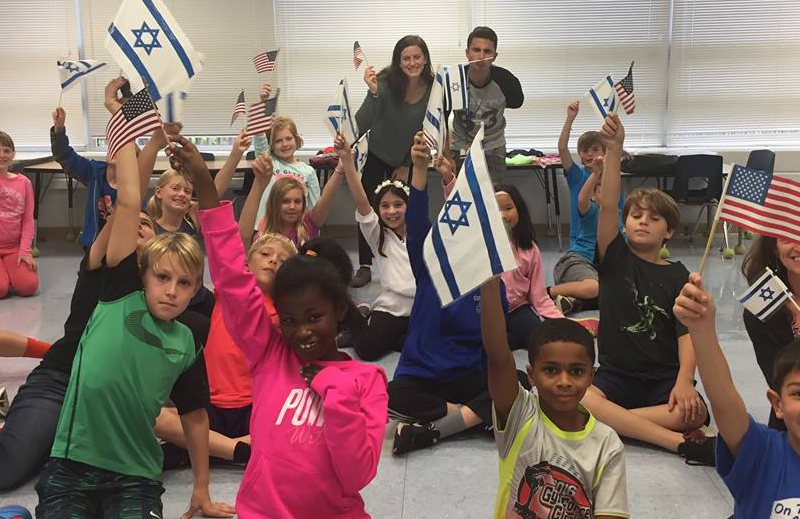 It’s hard for two seashells to share a real conversation.
Each inclines its ear to its own sea.
Only the pearl diver or the antique dealer
Can say for certain: the same sea
—T. Carmi, Attention, translated by David Ilan

So much has been written and discussed about the relationship between Israel and American Jewry.

Some say American Jews are distancing themselves from Israel, while others claim it’s not distancing we see (the support and connection is the same measured in figures); rather, it’s just that the character of the relationship is changing. People choose what cause in Israel they want to support—American Jews are picking what, how, and to whom they relate in Israel.

Israelis are also changing their understanding of diaspora Jews. The “demand” that all Jews should make aliyah is not the official voice you hear anymore. Less and less people refer to the diaspora as galut (exile). This marks a move away from seeing diaspora Jews in a temporary state that was forced upon them, and a move towards recognizing that Jews today can choose where to live and that doesn’t make them any less or more Jewish.

Having said that, Israelis and American Jews are different—and that can create challenges.

In terms of the Jewish experience—living in Israel as a majority with sovereignty is different than living as a minority in the US.

Practicing one’s Judaism in an institutionalized system in the diaspora, that creates “Jewish spaces” stands in contrast to the experience of living in a Jewish state, with a Jewish culture.

Living in a state that has no separation of religion and state—where Judaism is confused with ultra-Orthodoxy, where the Zionist movement (with a lot of good intentions) wanted to create a “New Jew” but also created generations of Jews who are disconnected from their traditions and heritage—is very different than living in a state that has separation of church and state, and has different Jewish streams and people with different Jewish identities living together in harmony and pluralism.

So. How do we bridge these gaps? How can we accept that we are different, but still stay united? How do we not disengage? How do we overcome the challenges and look at them as an opportunity for growth?

There are many answers to that question— many methods, many programs, and many attempts.

What is certain is that we need to get to know each other. We need to be educated about the different parts of the Jewish world—the differences between them, and the similarities they share. We need to build bridges.

This is my role as a shlicha (emissary) here in Cincinnati—and it is also the role of the younger emissaries in our community: the “chaverim m’ Israel” (friends from Israel).

With the support of the Jewish Agency for Israel, each year, the Chaverim M’Israel program brings two young adults from Netanya, Israel, to Cincinnati, to spend a year making connections between Cincinnati and Israel through informal efforts and education. They are a living bridge between Israel and Cincinnati. This program has been going on in Cincinnati for the last 13 years! It has become a model for other communities around the world.

This coming year, as Israel enters its 70th year, we are launching a new and inspiring program. We are sending, through our Partnership2Gether (P2G) collaboration between Cincinnati and Netanya, a chaver from Cincinnati to Netanya, to be a living bridge between our communities.

Sound simple? Well, it has never been done before. We are proud to launch this program, which will send a young adult from Cincinnati on a gap year after college to live in Netanya and teach youth there about American Jewry, Jewish pluralism, and Jewish peoplehood.

We are excited to embark on this new journey, and proud of our P2G committee, which came up with this great initiative. We believe this will strengthen the connections between our two communities and we’re confident that this will be another important step towards creating unity without uniformity, strengthening our Jewish peoplehood and the future of the Jewish people.

This coming year, as Israel enters its 70th year, we are launching a new and inspiring program. We are sending a chaver from Cincinnati to Netanya, to be a living bridge between our communities. Sound simple? Well, it has never been done before.