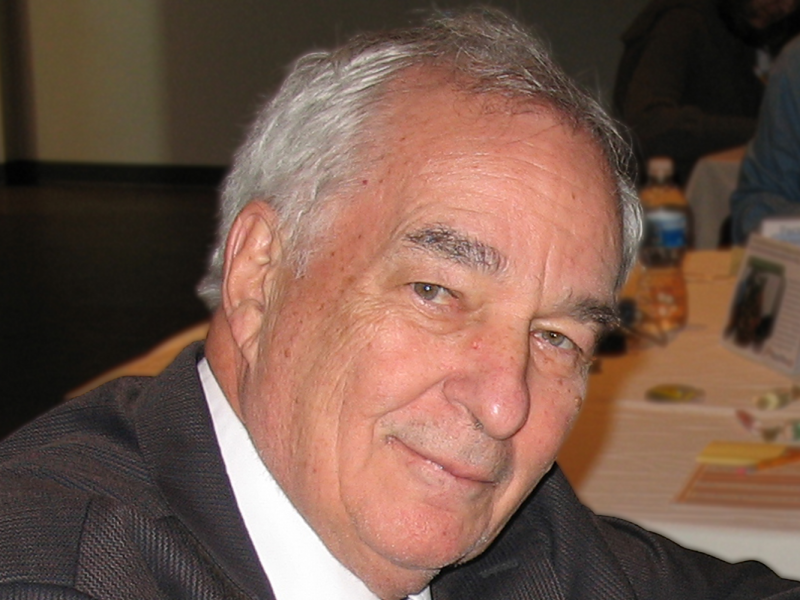 I am saddened to let you know that our lifetime honorary board member, Richard Weiland, z”l, passed yesterday. Born and raised in the Avondale neighborhood of Cincinnati in the heart of the Jewish community, he was 93 years old. Dick and his late wife Marcia raised three children.

“If you believe in something, battle for it,” he said, and it sums up the man.

Dick stood up with clarity and passion for humanity throughout our community. He was “the people’s advocate,” and he got things done.

Dick was well known as a tireless advocate for the betterment of those in need in the halls of Columbus OH and Washington DC. He was known for his relentless determination and effectiveness. He believed deeply in second chances and helping people from all walks of life.

Dick worked arm in arm with a wide swath of influential American leaders for decades, especially advocates for making people’s lives better. These included Fred Shuttlesworth, John Glenn, Bobby and Ted Kennedy, John Boehner, and Senator John Warner and Elizabeth Taylor. It was clear: he surrounded himself with people who made a difference, who would make change; yet no matter your background, if you had a good cause, he would listen and try to help.

Over the course of his life, as a lobbyist, consultant, and often as a volunteer, Dick was singlehandedly responsible for more government dollars going to Cincinnati’s Jewish community than anyone else. Year after year, he guided millions of dollars in the State of Ohio’s budget to go to the Cincinnati Jewish community.

Throughout his life, Dick was an activist, fighting for causes in which he believed. “I got involved in civil rights at an early age, I thought it was very important as a Jew to support Black causes,” he said. Among many other acts, he walked in the Selma to Montgomery March; and he gave a $500,000 endowment to Cincinnati State in memory of Rev. Fred Shuttlesworth, one of the giants of the civil rights movement.

Dick’s endowments through the Jewish Federation are also a powerful legacy. They will continue the Jewish Community Relations Council in perpetuity, protect the security of the Jewish people, combat hate and racism, and more.

In addition, Dick was the guiding force behind the creation of Halom House, a local residence for adults with disabilities, and continued to raise funds for them throughout his life. He worked tirelessly to help the Holocaust & Humanity Center establish itself as an independent organization after being spun off from Hebrew Union College–Jewish Institute of Religion in the early 2000s.

Dick Weiland had an iconic look: he carried multiple flip cellphones, and always had a “filing cabinet” of papers stuffed in all the pockets of his suit jacket. He wore “Save the Children” ties, and then switched to his signature Williams College scarves (he’d graduated from Williams College). He was also well known for having an impressive “Rolodex in his brain”, with thousands of phone numbers memorized

He believed: “If we don’t worry about everyone, we are worrying about no one.” Dick, you will be sorely missed. May your memory be for a blessing.

There will be a memorial service for Dick Weiland at 2 pm January 29 at Wise Center, with visitation beginning at 12:30 pm. Click here for details.

With deep sadness, and respect for his impressive legacy of doing good,