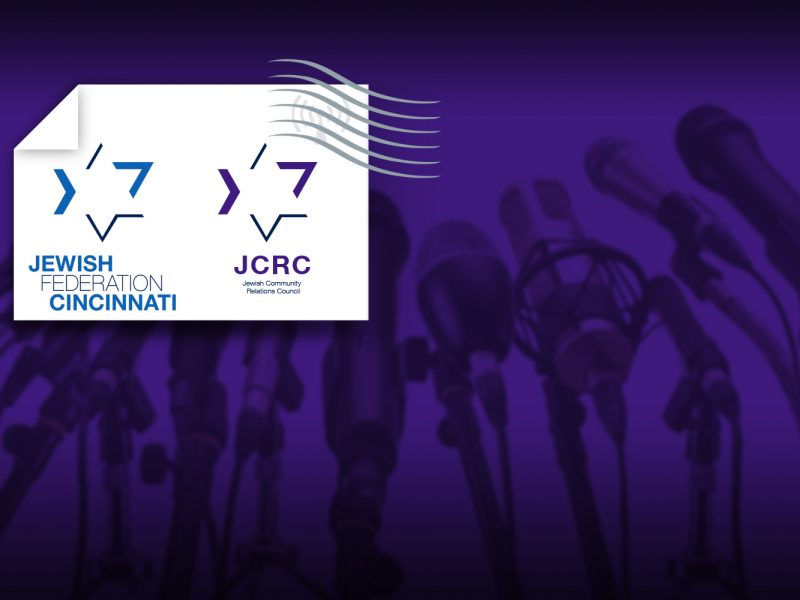 Statement on Passover Service Shooting at Synagogue near San Diego

Six months to the day since 11 Jews were gunned down in their synagogue in Pittsburgh, we as a Jewish community find ourselves in mourning yet again. We emerge again from our Sabbath heartbroken, disgusted, and angry after a gunman who espoused vile antisemitism targeted Jews as they prayed in a San Diego-area Chabad synagogue during a Sabbath and Passover service. Our thoughts are with the community in California, and our prayers are with the families of the victims and for the swift recovery of the wounded.

The Pittsburgh massacre was the first shooting attack in a synagogue in 350 years of American history. In the six months since, hate has violently invaded mosques in New Zealand and Easter services in Sri Lankan churches. African-American churches in Louisiana have been burned.

Here in Cincinnati, we are taking action.  Just a few weeks ago, a diverse group of more than 300 participated in the sold out Summit on Antisemitism and Hate convened by our Jewish Community Relations Council (JCRC) and many local partners. There was such hunger to learn, respond, and protect each other. Participants came from so many communities, including Christian, Muslim, Sikh, Latino, and African American, and included clergy, media, civic, and university leaders.  At the Summit, experts explained how, throughout history, antisemitism has often been an early warning sign of a larger disease, of a collective breakdown in society.

So today, we stand at a crossroads. If we allow hate-filled murders to continue to accelerate, we will descend into a world that none of us want to leave to our children.  The other path requires that we use all of our strength to demand that as one human family of many faiths, we stand up with courage beside one another to insist that our sacred spaces and traditions are safe and that our common spiritual language of love speaks louder than any hatred.

We must also thankfully acknowledge that even greater death and trauma in San Diego was prevented by the quick and courageous response of law enforcement officers there. Here in Cincinnati, the Jewish Federation, its JCRC, and SAFE Cincinnati have developed strong relationships with our law enforcement officers.  We were in close contact with them yesterday. Patrols and police presence had already been increased at synagogues and other Jewish institutions in our region. We thank our partners in law enforcement for their support and their speedy response, and we will continue to work with them to coordinate community security.

The interfaith vigil at Clifton United Methodist Church on Tuesday, April 30 from 7-8 PM, which was previously planned to honor the victims in Sri Lanka and the church burnings in Louisiana, will also now include the victims in San Diego. Please join us on Tuesday as we say enough is enough.

"If we allow hate-filled murders to continue to accelerate, we will descend into a world that none of us want to leave to our children."