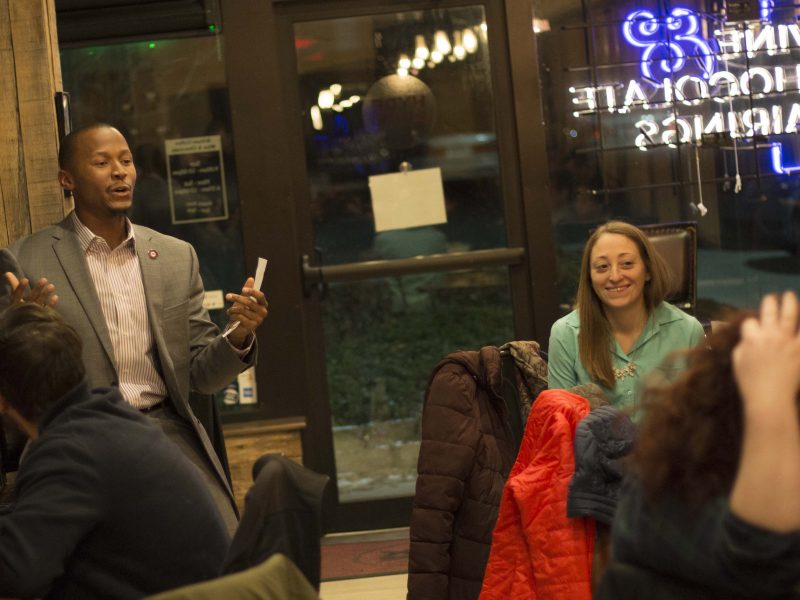 For many people, race can be a difficult topic to discuss. For some, the immediate reaction is to go into panic mode and flee the area anytime someone utters the words “mass incarceration” or “systematic oppression.” The truth is, in 2018 the subject remains crucial, so why not lean into it a bit?

In early February, to mark Black History Month, about 30 Jewish young adults did just that at the Speak Up Speak Easy event Jews & Racial Justice, organized by the Jewish Federation of Cincinnati. With the help of the president of the Urban League Young Professionals of Greater Southwestern Ohio, Mario Cannon, this amazing group of bright, open minds learned about the legacy of Jewish participation in racial justice and equity efforts.

What has the role of Jews actually been? Historian Howard Sachar writes about some prominent Jewish civil rights activists in his book A History of Jews in America:

Today the work continues. Many Jewish organizations work to bring racial inequity to the forefront, such as Repair the World and the Anti-Defamation League. Locally, the Jewish Community Relations Council (JCRC) is working with other community organizations to create a Coalition Against Hate. The Metropolitan Area Religious Coalition of Cincinnati (MARCC) created an ID card that is bringing undocumented immigrants out of the shadows. A group of faith organizations called the Amos Project helps the most vulnerable in Cincinnati. Also, large numbers of Jews continue to protest, take part in politics, donate to organizations, and engage in activism for racial justice and equity.

What drives the extraordinary Jewish presence in racial justice efforts? Some argue it is the concept of tikkun olam (repair the world) or the value of kavod habriyot (respect for others) that motivates Jews. Others say the personal understanding of brutal victimization produces a unique ability to empathize with others who are in danger of experiencing similar treatment. Perhaps it is a combination of these and more.

Whatever the motivation, Jews understand that “never again” does not refer only to protecting the Jewish people, but to the unrelenting protection of all. In the wise words of Eli Wiesel: “There may be times when we are powerless to prevent injustice, but there must never be a time when we fail to protest.” Our protests should not be limited to times of historic need—like the civil rights era. Today and every day are times to protest systematic injustice.

“Over the course of recent history, there has been an extraordinary Jewish presence in racial justice efforts, and it would seem that this is not a coincidence. This begs the question, what drives these efforts?” —Emily Gilgoff