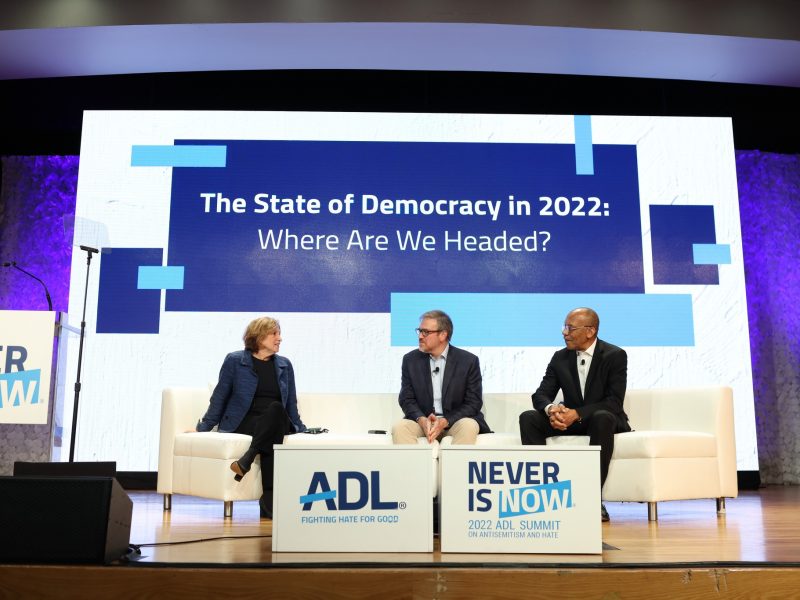 The Misguided Attempt To Make Everything About Israel

On Thursday, I attended the Never is Now Summit, the ADL’s premier conference on antisemitism. The program was impactful, filled with rousing words and helpful guidance on combating Jew-hatred. Much of the summit was accessible online, however, one aspect of the program you would have missed unless physically present was the entourage of protestors. They were there for the exact reason you’d expect—to equate any organization that combats antisemitism with every ill connected with Israel. They held signs advocating for BDS, stating that “Anti-Zionism ≠ Racism,” generally opposing Israel’s government, and more. They were diverse, running the spectrum from Haredi to secular, including folks from different races and religions.

The irony, of course, is that this was not a conference about Israel or Zionism. By my count, there were three sessions dealing with anti-Zionism out of seventeen breakout sessions. In fact, amongst those three, one was even titled “Anti-Israel? Anti-Zionism? Antisemitism? How to Identify and What to Do,” which delicately analyzed the topic about which many of the protestors claimed the ADL lacked nuance. The problem evidenced by these protestors is one we grapple with continuously at the JCRC, one which we specifically sought to address in our Project Shema series: that many people, particularly antisemites, seem incapable of differentiating between the State of Israel and the totality of the Jewish people.

I am afraid to say that this disconnect is one we are only likely to see more and more going forward. Of course, many (most?) Jews hold their own criticism of Israel—our own JCRC will be deliberating if and how we might need to respond should extremists like Itamar Ben-Gvir and Bezalel Smotrich become leaders of Israel’s next ruling coalition. Nevertheless, as antisemitism reaches new peaks, Jews need space to discuss the age-old hatred of Jews without being attacked in the process. I’m grateful that constructing such a place is precisely what we do at the JCRC in much of our work.
Tweet
Share
Share
0 Shares