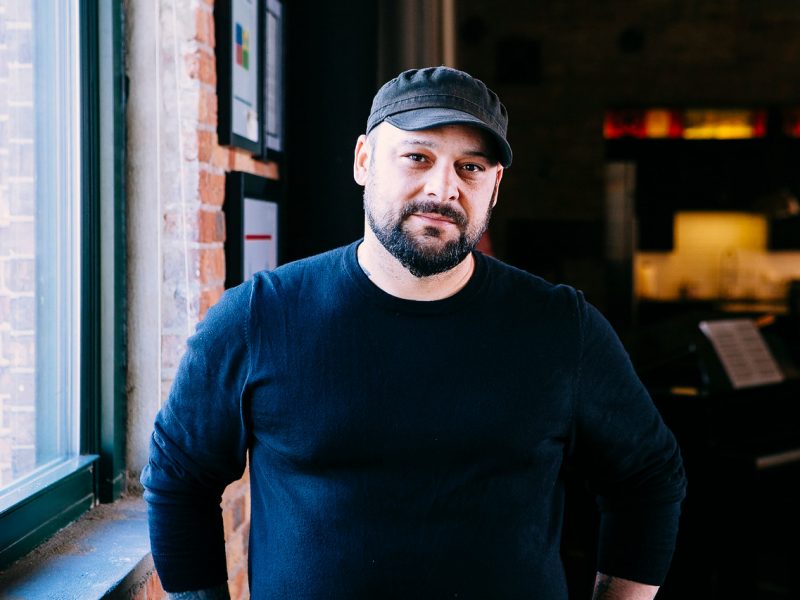 The Jewish Community Relations Council’s (JCRC) 79-year-old mission of fighting antisemitism and working to secure a just society for all will take center stage with new relevancy at its Annual Meeting this year. Under the theme “United Against Hate,” the JCRC will showcase its efforts in building and helping to lead the Cincinnati Regional Coalition Against Hate and will feature the story of a man who turned his back on a hate movement he helped build.

In its annual audit, the Anti-Defamation League (ADL) reported a 57% rise in antisemitic incidents in 2017—the largest single-year increase on record. Just last week, they issued a new report, which found at least 4.2 million shares or re-shares of antisemitic Tweets in the last 12 months. As incidents of antisemitism and hate reach alarming new heights, the JCRC is debuting new efforts to combat them, including forming alliances with other communities in Cincinnati with the same goal.

“When we feel threatened, our instinct is to retreat into our own communities,” said JCRC Director Jackie Congedo. “But we can most effectively combat antisemitism and hate in all other forms by standing alongside others who are also committed to being vigilant of hate activity and speaking out together against it—with one unified voice. Our resolve to create unity is stronger—and our stories of collaboration, inclusion, and tolerance have the power to sound louder—than any hateful ideology.”

The JCRC has joined forces with 18 other diverse organizations committed to responding to hate activity and fostering acceptance, compassion, and justice for all in the Cincinnati region under the alliance of the new Cincinnati Regional Coalition Against Hate. In addition to responding to incidents and assisting victims of hate, the coalition promotes inclusive values and educates the community to prevent bias and bigotry.

“We look forward to educating the community on JCRC’s efforts to address these complex and challenging issues,” said JCRC President Walter Spiegel. “JCRC’s partnership with other ethnic and faith-based communities to form the Cincinnati Regional Coalition Against Hate as a response to the growing divisiveness in our society is one of our most important initiatives and we are particularly excited to introduce the community to this effort.”

At the Annual Meeting, the JCRC will also discuss its values-driven advocacy on immigration, criminal justice reform, and Israel.

The evening’s keynote speaker will be Christian Picciolini, an award-winning television producer, a public speaker, author, peace advocate, and a former violent extremist. After leaving the hate movement he helped create during his youth in the 1980s and 90s, he began the painstaking process of making amends and rebuilding his life.

Christian’s life since leaving the white supremacist movement over two decades ago has been dedicated to helping others overcome hate through such organizations as Life After Hate and ExitUSA. He now leads the Free Radicals Project, a global extremism prevention and disengagement platform, helping people exit hate movements and other violent ideologies.

He has spoken all over the world, including on the TEDx stage, and has appeared on national platforms including 60 Minutes and Time Magazine, sharing his unique and extensive knowledge, teaching all who are willing to learn about building greater peace through empathy and compassion.

The Annual Meeting will be held on Tuesday, June 19, 2018 at 7 p.m. at the Mayerson JCC. The event is open to the public; an RSVP is preferred at jewishcincinnati.org/JCRC2018. There is no cost to attend.

“When we feel threatened, our instinct is to retreat into our own communities. But we can most effectively combat antisemitism and hate in all other forms by standing alongside others who are also committed to being vigilant of hate activity and speaking out together against it—with one unified voice." —Jackie Congedo