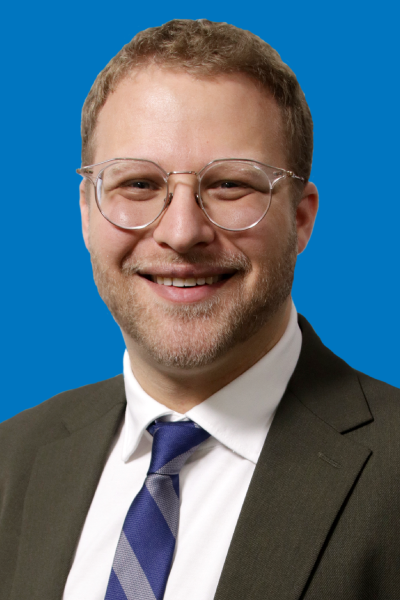 Rabbi Ari Ballaban is the Director of the Jewish Community Relations Council (JCRC), which builds bridges between the Jewish and non-Jewish communities, advocates on behalf of the Jewish community and Israel, fights antisemitism, and promotes social justice. Ordained by Cincinnati’s Hebrew Union College-Jewish Institute of Religion in 2015, he has served as rabbi-educator and assistant rabbi, and as director of Dayton’s JCRC.

February 3, 2023The Enduring Legacy of the Four ChaplainsToday marks the 80th anniversary of the Four Chaplains’ death. These men—First Lieuten…
Read More
January 27, 2023JCRC Statement on the Killing of Tyre Nichols and Release of VideoThe following statement was released at 5:15pm on January 27, 2023The imminent release of …
Read More
January 26, 2023Abortion, the Ballot, and Where We StandSince the overturning of Roe v. Wade, women’s right to abortion in the United States has…
Read More
January 6, 2023Leaders in Light Accepting Nominations for Second Fellowship CohortFor a whole variety of reasons–some good, some bad–people frequently self-segregate. W…
Read More
December 28, 2022Creating Allies Against AntisemitismAt each successive nadir of the “Kanye affair,” community members have asked me if the…
Read More
December 9, 2022You Will Soon See a Menorah at Cincinnati City HallIn about a week, we will be dedicating a new Hanukkah menorah at City Hall on behalf of th…
Read More
November 30, 2022Why the 'Testing Your Faith Act' Matters to Jewish College StudentsOn Wednesday, November 30, 2022 I testified in favor of House Bill 353, the Testing Your F…
Read More
November 28, 2022The Value of Considering Every InvitationInvitations often make us feel good; I hope those who open one to my upcoming wedding feel…
Read More
November 15, 2022The Misguided Attempt To Make Everything About IsraelOn Thursday, I attended the Never is Now Summit, the ADL's premier conference on antisemit…
Read More
November 11, 2022Cleaning up Kanye West, Kyrie Irving's antisemitic messAs Ecclesiastes says, there is nothing new under the sun. So too with antisemitism: it has…
Read More