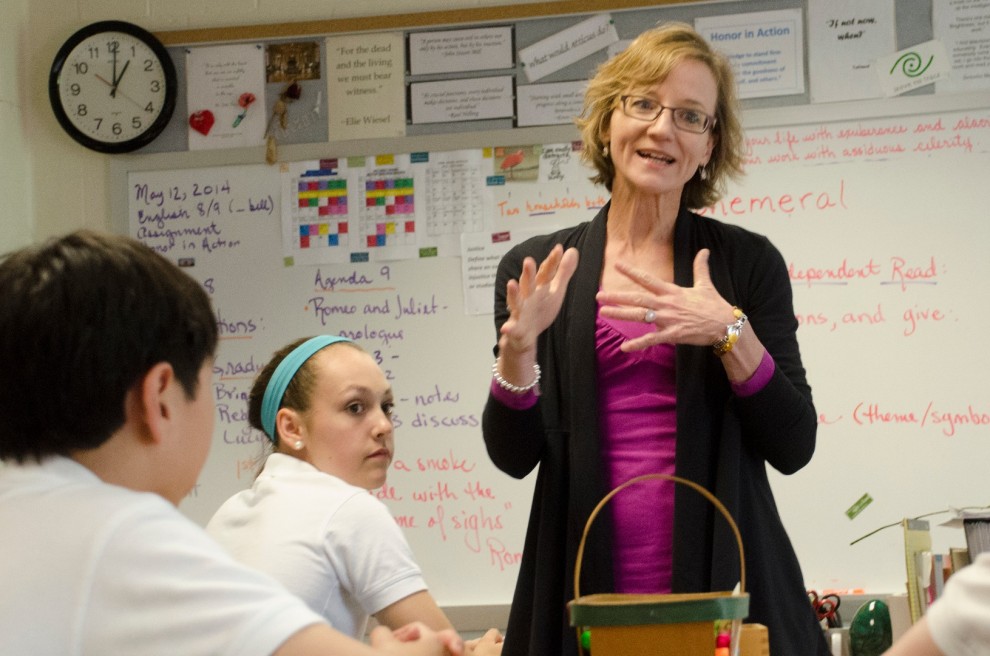 Despite being an award-winning English teacher, Rosie Sansalone found herself struggling when she first encountered Elie Wiesel’s memoir, Night. The book was on the new teacher’s English curriculum for The Summit Country Day School’s eighth grade: in it Wiesel, winner of the Nobel Peace Prize, tells how he survived the Holocaust as a teenager. That first day, remembered Sansalone, the students came in and “started asking me questions about the history, questions about why. I couldn’t answer—I failed miserably.” So she reached out for help.

Sansalone discovered Cincinnati’s Center for Holocaust and Humanity Education (CHHE) and registered for the Holocaust Studies for Educators course. She spent a “very powerful, inspirational” week listening to expert lectures and local survivor testimonies, and sharing with other teachers. Her most salient takeaway was from CHHE’s Director, Sarah Weiss. “Sarah told us when we teach this topic, we need to focus on life,” said Sansalone. “Each of the 6 million has a name and a story.”

The next summer Sansalone asked Weiss for more, and as a result she attended a workshop in New York City with world-renowned Holocaust scholars. The summer after that she experienced a two-week program in Europe tracing Holocaust history. She saw and photographed the place where Wiesel was forever separated from his mother and sister, and the steps that led down to the gas chambers in Birkenau.

It has been nine years since Sansalone first taught Night. Now she can offer a new depth and richness that inform her passion as she teaches. Now every year she takes her class on a field trip to the United States Holocaust Memorial Museum. Now every October Werner Coppel, local Holocaust survivor, shares his story with her class. Finally, Sansalone now uses Night as the transformative text that colors the entire year’s curriculum.

With help from the CHHE, which is funded in part by the Jewish Federation of Cincinnati, Sansalone creates a profound learning experience each year. In the end, she said, “I fight against dehumanization. I teach life.”