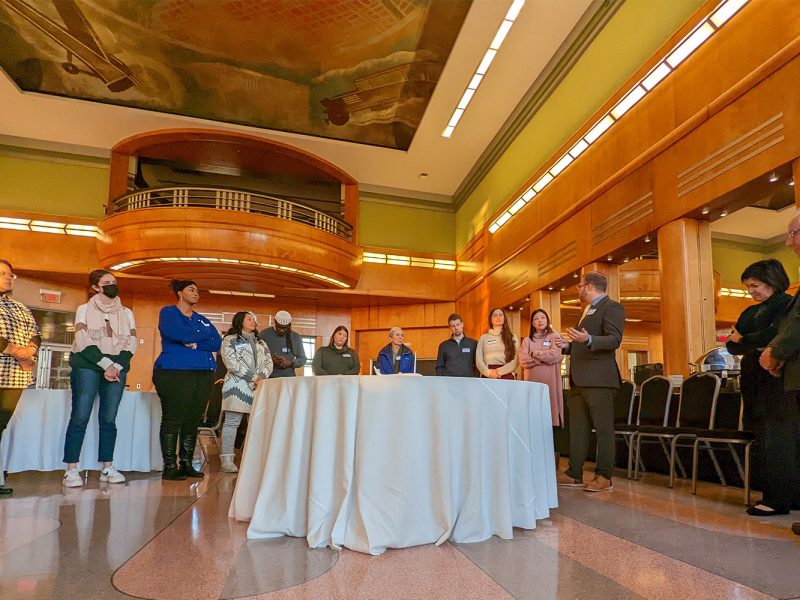 At each successive nadir of the “Kanye affair,” community members have asked me if the JCRC would say anything new, and, if so, what. I have oft repeated what has now become a refrain: “Does the world really need another reminder that the Jews disavow antisemitism?” I mean this somewhat facetiously; however, the crux of my meaning is that what the world really needs is more non-Jews speaking out against antisemitism.

These days, there’s no denying that Jews need as many allies as we can get; alas, many eager partners don’t know where to start. That was the impetus for a new workshop the JCRC conducted last Sunday, in partnership with Shine a Light. Targeting a specifically non-Jewish audience, its goals were threefold:

1.) Increase participants’ knowledge about antisemitism;
2.) Boost their ability to recognize antisemitism in action; and
3.) Teach them strategies for more effectively countering antisemitism in our community.

By and large, we were successful. Our participants gave the workshop and its components high marks in their post-program surveys, calling them (among other things) “great,” “outstanding,” “compelling,” and “enlightening.”

Our workshop concluded with about 40 minutes of role playing and brainstorming. Participants were given real-life scenarios of antisemitism observed around Cincinnati, and they were challenged to think of how they would respond, how they should respond, and what approaches might be more or less constructive. Collectively, we brainstormed ideas and helped to develop muscle memory for our anti-hate reflexes.

Ultimately, while our three goals may have been simple, this final segment demonstrated the unique challenges to cultivating allies in this fight–antisemitism is as complicated as it is intractable. Nevertheless, I left the program feeling extraordinarily hopeful. We will be running this workshop several more times in 2023, so I know reinforcements are on the horizon. I take heart in the promise that we will soon be joined by many new allies in our fight against antisemitism.
Tweet
Share
Share
0 Shares