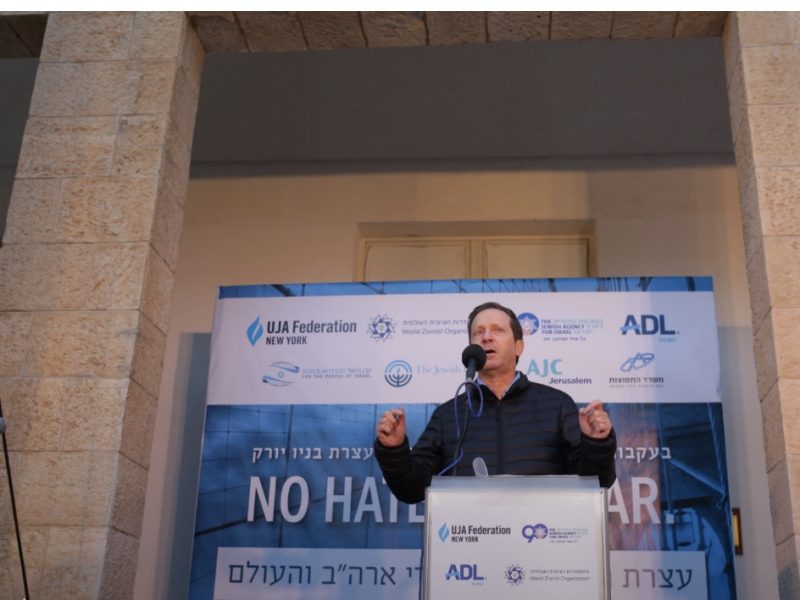 As you know, Federations across America help fund the Jewish Agency for Israel, for which Isaac Herzog served as Chairman until this announcement. On behalf of our Federation community, I join in congratulating him in his new role as Israel’s President-Elect.   —Danielle

Announcement of Congratulations from Jewish Federations of North America:

We are so proud to celebrate with Jews around the world the election of our dear friend Isaac Herzog as the 11th president of Israel.

Many of us knew the president-elect well from his distinguished career in law and politics in Israel, but it was as the Chairman of the Executive of the Jewish Agency these past few years that we really came to see his leadership skills and his compassion.

Isaac Herzog is a leader who brings people together and who is respected by all who know and work with him. His is the most fundamental commitment – to unify the Jewish people and the diverse population of the State of Israel. He will remind us always how much we have in common in our love of Israel and the Jewish people. President-Elect Herzog will continue the wonderful work of President Rivlin in being a warm and respected face of Israel to the nations of the world.

The Jewish Federations of North America have been privileged to work with Isaac Herzog as Chairman of the Executive of the Jewish Agency for Israel and we are beyond confident that he will be an outstanding president of Israel. We pledge to President-Elect Herzog our full support as he undertakes the sacred duty of representing the heart and soul of the Jewish state.