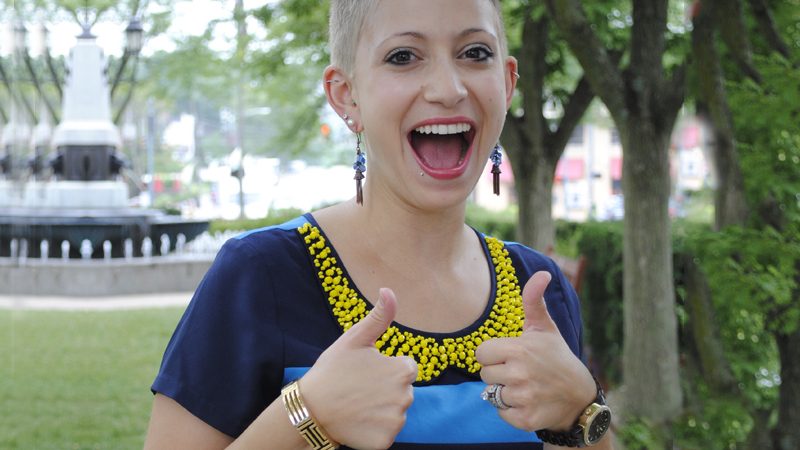 Marie Krulewitch-Brown won a Jewish Innovation Funds grant in 2016 for creating a Jewish and Israeli arts and culture festival in Washington Park. The deadline for the new round of grants is April 6, 2017.
March 6, 2017 | 0 Comments
Tweet
Share
Share
0 Shares 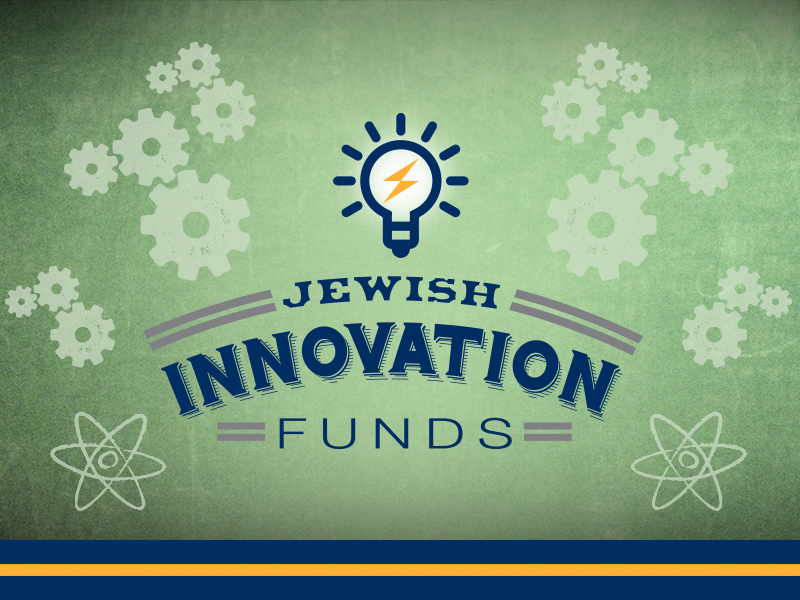 In 2016, the Jewish Federation of Cincinnati announced two new funds to support Jewish innovation in Cincinnati. Goals included providing seed money for Jewish-based ideas that would enrich communal life and solve critical issues. The Jewish Innovation Funds grants were awarded to five recipients, with an emphasis on bold new ideas that would strengthen Jewish community, particularly among young people.

“In less than a year we’ve watched our dynamic grant winners impact hundreds of lives and contribute significantly to a vibrant Jewish community in Cincinnati,” said Danielle Minson, Chief Development Officer at the Federation. “Plus, we’ve been pleased to welcome interest from Jewish Federations in other cities who are seeing our program as a model. Now we’re back, bigger and better.”

Like last year, the grants are available at two levels, “macrogrants” for large-scale initiatives and “microgrants” for smaller projects. The macrogrants offer $10,000 to $50,000 in seed capital for nonprofit ventures with bold ideas to enrich Jewish life or address Jewish and community needs. The microgrants offer $500 to $1,500, also for innovative ideas but on a smaller scale.

The initiative launched when generous community members approached the Federation to suggest a giving circle as a way to address needs and support innovation in our community. A giving circle is, simply, a group of people who come together to give.

According to Minson, Federation leaders learned a lot in the first year about how to make the most of a giving circle by working with Amplifer, a network of giving circles inspired by Jewish values. “We’ve now added giving circles to the Federation’s traditional funding structure—another meaningful way to connect donors and community,” she said.

The Federation was invited to share details about the Jewish Innovation Funds grant program at Amplifier’s national conference in 2016, increasing the program’s national recognition.

“We learned last year that there are broad-ranging needs in our community and no shortage of creative people ready to step up with ways to address them,” said Ben Fisher, who is back for a second year as a giving circle member. “Now we are widening the tent, providing even more support for high impact initiatives.”

Giving circle members have committed funding above and beyond their gift to the Federation’s Annual Campaign. The investors will decide together how to allocate the awards.

The 2016 macrogrant winners were as follows:

Moishe House Cincinnati opened with three young residents and has held between five and seven events every month, building community among Cincinnati’s young Jewish population. “At our very first event, 29 Jewish young adults, some of whom had no other connection to communal Jewish life, made Kiddush, ate Shabbat dinner together, and connected to other Jewish young adults from across the city,” said Ben Pagliaro, one of the three Moishe House residents.

Pagliaro, who moved to Cincinnati from New York, reports that Moishe House Cincinnati has transformed his experience in Cincinnati. “I’ve already created a network of peers that I can rely on. I’m building Jewish experiences with them that I know will last in my memory, and probably in theirs, for years to come.”

Building on last year’s success: “Shark Tank has nothing on the Federation”

Since launch, in addition to presenting program details at the national Amplifier conference in New York, the Jewish Innovation Funds leaders were interviewed for features in the Cincinnati Business Courier, eJewishPhilanthropy and the American Israelite. They were interviewed for research projects by two PhD candidates in philanthropy, and Federations from several other cities including New York, Boston, and Akron sought guidance and lessons learned regarding the Cincinnati model.

“The Shark Tank has nothing on the Jewish Federation,” wrote Cincinnati’s Movers and Makers in a story describing the Federation’s Jewish Innovation Funds model.

“What matters most, though, is the impact on our Jewish community’s present and future vibrancy,” said Tedd Friedman, Federation president and a giving circle member. “How we relate to each other as Jews and to the rest of the world evolves constantly as do the needs of the Jewish community. These grants provide risk capital for people who are tapping into these changes, seeing needs and opportunities, and creating ways to address them. We can’t wait to see what bold new ideas will emerge in 2017.”

Both organizations and individuals are invited to learn more and apply for the Jewish Federation of Cincinnati’s Jewish Innovation Funds at jewishcincinnati.org/innovation. The Request for Proposals for the macrogrants will be open from March 6-April 6. The microgrants will be awarded on an ongoing basis. For more information on the macrogrants, contact Ariel Weiss, Jewish Federation Donor Engagement Manager, at aweiss@jfedcin.org. For more information on the microgrants, contact Billy Bie, Jewish Federation Planning Associate, at bbie@jfedcin.org.

“At our very first event, 29 Jewish young adults, some of whom have no other connection to communal Jewish life, made Kiddush, ate Shabbat dinner together, and connected to other Jewish young adults from across the city.” —Ben Pagliaro, Moishe House resident