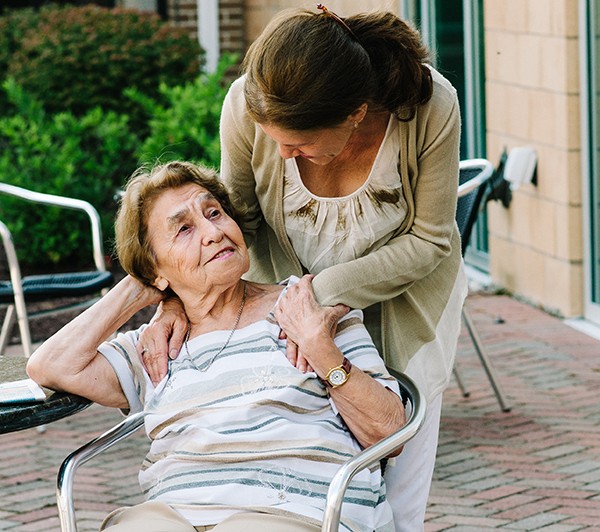 In the early 1990s, when the younger generations of Alba Shleyfer’s family emigrated from Moscow and Israel to Cincinnati, she longed to follow them. During her first trip to the U.S. to visit her daughter, Alba attended Rockdale Temple, where she made the big decision to move.

“I was listening to the reading of the Torah, then Rabbi Mark asked me to come to the front of the synagogue,” said Alba. “While he was saying the prayer, he told me I need to come here to be with my children for good.”

Alba’s first emigration started when she was just eight years old. Her father, the editor of a Jewish newspaper, fled the pogroms in Russia to Argentina, where he met his wife and had three children. He then decided to move the family back to Russia, his homeland, where the Jewish family was not received with open arms.

“In Moscow we were prohibited to go to synagogue. It was different times. Nobody could practice Judaism,” said Alba. “Even when I was in school, if they saw us near the church or synagogue we would be expelled. And you didn’t want to risk your education.”

Russia is where Alba finished high school, studied on her own to receive a college diploma, worked in publishing, got married, had children, and raised a family—all over the span of 70 years.

Then, in her late 70s, Alba followed her children to the U.S. Her second emigration, this time from Moscow to Cincinnati, was an entirely different experience. When Alba arrived, although she didn’t speak the language and wasn’t familiar with American culture, she was warmly welcomed by her family and the Jewish community.

With the help of Jewish Family Service, Alba lived on her own right away. The Mayerson JCC arranged transportation by her friendly neighbors to their facilities, where she participated in Russian-speaking senior programs, took English classes, and weekly socialized with the New Americans group.

Alba even found an outlet that matched her former profession in publishing. Fellow Russian Simon Appatov recruited her to help produce the first issue of Contact, a Russian-language newspaper that covered stories about Cincinnati’s Jewish and American history and culture. Alba helped produce 63 issues over seven years.

“Without the JCC, my life would probably be boring,” said Alba. “Coming is a big excitement. I am so thankful that it became part of my life. I go to the JCC as if I was going to see my family.”