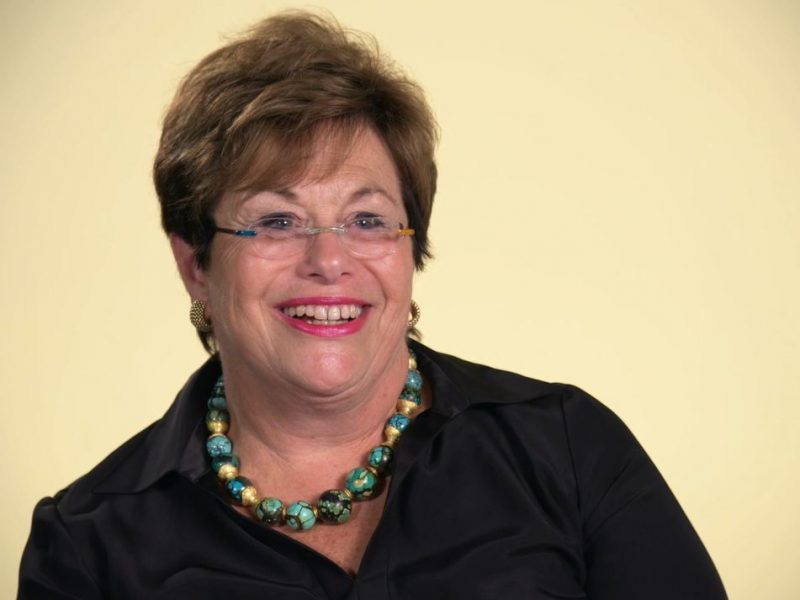 Unity of the Community: Why Gloria Lipson Has Given for More Than Five Decades

Gloria Lipson has been a vital component of the Cincinnati Jewish community for 52 years. She grew up in Lexington, Kentucky before coming to Cincinnati in 1970. In Lexington, her family had a club that collected dues and donated the raised money to charity. She said that experience taught her at an early age that there was the importance of giving back to the community. One of the things that brought Gloria into the Jewish communal world was her studies at Ohio State, when she took a course called Judaism and Its Contribution to Social Welfare. As part of that course’s requirements, she had to interview a director of a Jewish agency. She ended up interviewing Mort Startz at Jewish Family Service [JFS] in Columbus. When she graduated a few months later, Mort gave her a job as a social worker.

I recently sat down with Gloria to discuss her career and her volunteer work within the Jewish community. The following interview has been edited and condensed for clarity.
—Debra Steinbuch, Interim Chief Development Officer, Jewish Federation of Cincinnati

Debra Steinbuch: How long did you spend as a social worker at JFS?
Gloria Lipson: I was there for 16 years and it was a fantastic experience, and it really launched my whole feeling about Jewish philanthropy. I’ve been really blessed to see how everything works together from my experiences as a professional, a lay leader, and a part of the general community.

DS: How did you get involved in the Federation?
GL: My mother was involved in the Federation in Lexington. I remember when she got her first significant gift, literally running from the donor’s house saying, “I got it!” In Cincinnati, because of working in an agency [JFS], I knew what the Jewish Federation was and the thing that always impressed me the most is the fact that our Jewish community is so well organized. There is such a safety net for everyone in the community. The needs change over time, but the need to have other members be part of decision-making and the generosity of the gifts, it’s all meshed together.

DS: Why do you continue to stay involved?
GL: It makes me feel good—like I’m participating in something that’s worthwhile. I also know that my dollars are producing results. It’s a good feeling to be part of a community of people who are interested in tikkun olam—it’s an important Jewish value, and I have seen, as a therapist and as a lay leader, that we do something unique and special.

DS: What makes the Federation special? Why do you give?
GL: I think each of us has our own special something that we give specifically to, but I think everybody has a responsibility to give something to the general pot. That’s how I see the Federation, as a planning agency, as a place where some of our dollars need to go in order to preserve the sense of unity of the community. The bottom line is if we don’t do it, who will?

DS: What’s a gift that you’ve given that you’re the proudest of?
GL: After the shooting in Pittsburgh, I felt like there was something I had to do. My mother escaped Poland when she was 12, and I felt like we were starting to head down the same path. So, what could I do? I met with Jackie Congedo [former Director, Jewish Community Relations Council] and told her my concerns, and she said, “I hear you. Let me discuss this and I will get back to you.” A few weeks later she came back and proposed the Leaders in Light project [a year-long leadership development program that will create a network of informed and influential change agents]. I then raised significant money, and we launched this project. To me, it’s another example of the Federation hearing the concerns in the community and stepping up, but also needing the community to underwrite it.

DS: What would you say to someone who would say, “Gloria, you have the means. I don’t have the means.”
GL: I think everybody has a couple of dollars. I think it is a problem that we face in the Federation that it looks like you need to give a lot, but I think you have to be willing to share whatever you can. It’s not a question of how much, it’s the fact that you stepped up to participate.

DS: What does being Jewish mean to you?
GL: Being Jewish to me means being part of a long line of people who have a specific way of looking at the world and have a relationship with a higher being. I am a cultural Jew, and I do believe in Jewish rituals. I think it’s binding. I think my history is important. I hope that my children and my grandchildren will have the benefits of living in a free world and being able to participate in Jewish activities and Jewish religion. I find it enriching, inspiring, and exciting that I’m Jewish.

DS: You spend a lot of your time in Florida, yet you’re still very engaged here in Cincinnati. Why is that an important priority for you?
GL: Cincinnati is where I’ve raised my family, where my grandchildren are. It’s the community that I know the best. I know the people who work in the agencies. I know the institutions. It’s my home base.

DS: Where does your drive come from?
GL: There’s such a joy for me personally to have this kind of awareness and excitement about possibility. It gives me purpose, and it also gives me a lot of hope because I’ve seen how things have been nurtured and bloomed over the years. I’ve been really lucky and I’ve met some great people along the way.

DS: How do you think your life would be different today had you not been involved in the Jewish community?
GL: I don’t think it would’ve been as sparkling. A lot of the people I’m the closest with I’ve met through working with the Federation. My joy comes from being involved in things that have positive impact on other people. The more I give the more engaged I am.

DS: What would you say to somebody to either reengage them with the community, or engage for the first time?
GL: I think it’s like a blind date. I can tell you about it, but you’re going to have to experience it for yourself. There’s a part where you just have to jump in. There are so many things drawing at younger families today, but there always needs to be one foot in the Jewish world, as long as we are practicing Judaism. Because if we don’t take care of it, no one else is going to, and that’s just the bottom line. There are a lot of reasons to pull away, but there are a lot of wonderful reasons to stay engaged.

“My life wouldn’t be as without the Jewish community.” —Gloria Lipson