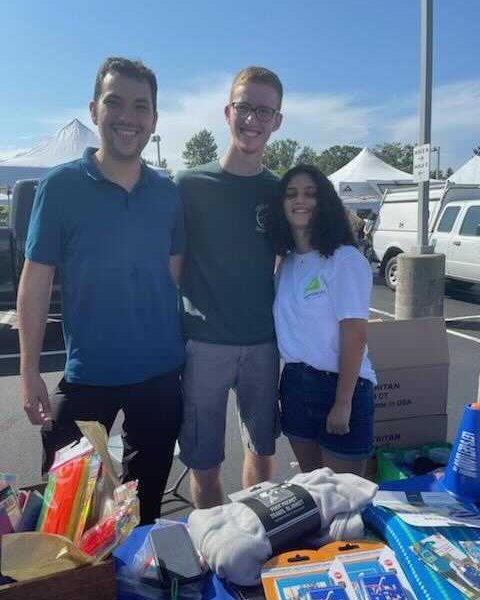 October 10th marked two months of living in Cincinnati. When I accepted the Shaliach [Emissary from Israel] position at the Jewish Federation of Cincinnati, most of the people back home had a twinkle in their eye, trying hard to figure out if they ever heard of this place. The one person who had heard of Cincinnati asked me if I had lost a bet.

Fast-forward to late September when I was invited to the rededication of the Chestnut Street Cemetery for the kick-off of the Jewish Cincinnati Bicentennial celebrations. That’s when it hit me—Cincinnati is not just another place on the map, it is a city with a rich Jewish history and vibrant Jewish community. Two hundred years of Jewish life is not something that many cities can be proud of; not to mention the imposing institutions that started here, HUC [Hebrew Union College-Jewish Institute of Religion] for example. It was then that I felt that Cincinnati is a hidden Jewish gem.

After the inspiring ceremony at the cemetery, I moved on to the Jewish Federation’s tent at the ish Festival. The park was filled with hundreds of people from toddlers to seniors, and families to singles. The festival was all about Jewish culture and it was so exciting seeing the diversity and the different colors of Jewish Cincinnati.

As the new Shaliach in town, I found myself getting to know the people who took the time to stop by our tent. I had some interesting conversations that taught me a lot about Cincinnati, but also about Israel. For example, I heard the incredible life story of a Holocaust survivor who made aliyah [immigrated to Israel] and ended up as a professor at the University of Cincinnati. I also heard from a Croatian scientist who moved to Israel to study and ended up falling in love with Israel. But the best part was the new friendships that started there. Meeting and talking with young families who reached out, offered their help, and suggested times to hang out was a true sign of warm hospitality and welcoming environment.

The festival also gave me a chance to see the artistic side of the community with the many different booths that were filled with handcrafts and works of art. The day went by so fast that I barely noticed the time. A big part of that was thanks to my co-workers who staffed the booth with me. The cooperation and teamwork made the day a successful one.

The festival gave me a wonderful platform to do what I came here to do: connect with people and try to connect them with Israel. Israel was a major theme everywhere, from the music played on the speakers, to the games we played between conversations (I love Matkot!!!). I had the opportunity to engage with people in a way that a phone or Zoom call can never replace. COVID made it much harder to interact with others. For a social person like me, it is really unfortunate that most of my time is spent in front of the computer, however, I hope that the worst is behind us and that we all be able to meet in-person soon.

My goal now is to create exciting programs and to connect with as many people as I can. I invite you all to connect with me on Facebook (look me up “Cincinnati Shaliach“) or email me at yneeman@jfedcin.org.

Until the next time, Shalom.

The festival gave me a wonderful platform to do what I came here to do: connect with people and try to connect them with Israel.” —Yarden Neeman