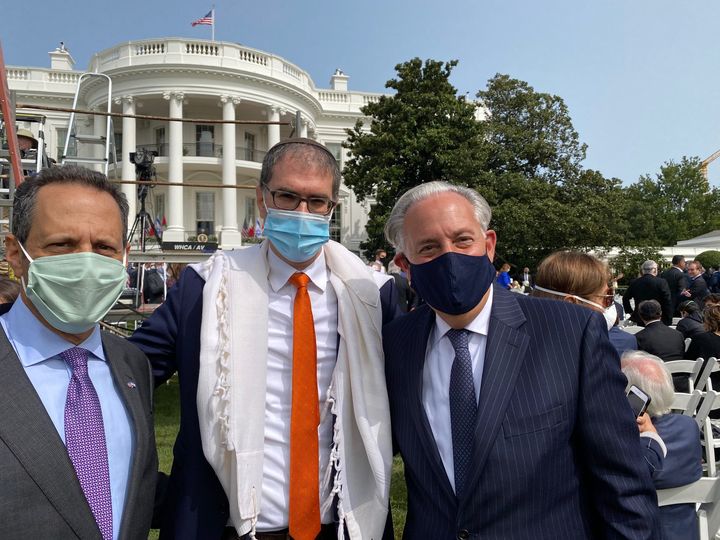 The Jewish Community Relations Council (JCRC) of the Jewish Federation of Cincinnati applauds the governments of Israel, the United Arab Emirates, and Bahrain, towards normalizing relations, paving the way for future civil, economic, and diplomatic progress in the Middle East, and for the work of the Trump Administration in facilitating this historic breakthrough. The Jewish Federations of North America’s senior leadership joined guests on the White House Lawn to witness the historic signing of the peace accords. Furthermore, following the signing, a small delegation boarded a plane to the UAE to spend Rosh Hashanah with their Jewish community.

The UAE and Bahrain are the third and fourth Arab countries to open diplomatic relations with Israel, following Egypt and Jordan. Israel has been quietly cooperating with the Gulf States for several years, and this agreement aspires to realize the vision of a Middle East region that is stable, peaceful, and prosperous.

Please find statements from a few other Jewish organizations around the country: