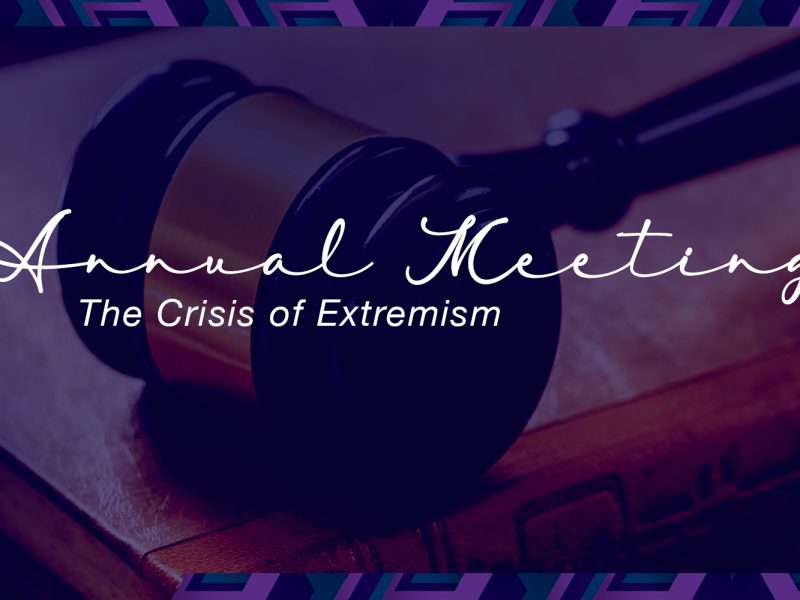 The Crisis of Extremism – JCRC to Hold Annual Meeting

The Jewish Community Relations Council (JCRC) of the Jewish Federation of Cincinnati will host its 82nd annual meeting on June 29, with a focus on the crisis of extremism and rising antisemitism in America, across the ideological and political spectrum. The meeting will feature national and local leaders who are leading the charge in protecting our community from these growing threats. The organization will also thank outgoing board president Ronna Greff Schneider for her leadership during a turbulent time, and welcome new board president Mark Barsman and hear his vision for JCRC’s future.

“From the recent string of violent antisemitic attacks tied directly to the delegitimization and demonization of Israel to the growing threat of antisemitism from anti-democratic and white nationalist groups, the challenges of this moment are many,” said JCRC President Ronna Greff Schneider. “The work of community relations has perhaps never been more critical, and our JCRC is leading the way in innovating new strategies to combat extremism and hate in all its forms. We’re excited to share some of the work we’ve been doing and some new initiatives at our Annual Meeting. And you’ll be inspired when you hear from national leaders who will be joining us to discuss how they are holding violent extremists accountable.”

Recently released data highlights hate crimes at a 16-year high, according to the FBI. The most recent study on antisemitism by the Anti-Defamation League (ADL) indicates that the number of incidents in 2020 were the highest since they began reporting in 1979.

As incidents of antisemitism, extremism, and hate are on the rise, the JCRC is launching Leaders in Light, a year-long leadership development program that will create a network of informed and influential change agents to build a stronger Cincinnati—one that’s home to a thriving, healthy civil society where hate and extremism can’t take root.

“We’re excited to introduce our inaugural Leaders in Light cohort at our Annual Meeting,” said JCRC Director Jackie Congedo. “This impressive group of influential change agents from across all spectrums of diversity in our Cincinnati community will join together in learning and action to combat extremism and strengthen our civil society.”

This year’s annual meeting is part of JCRC’s 2021 speaker series, To Bigotry No Sanction: Jewish Perspectives at the Crossroads of American Democracy and Pathways Forward. Each program highlights the role we all have to play in protecting and strengthening our democracy, which is critical to our security as Jews and as Americans.

Under the theme “The Crisis of Extremism,” the JCRC Annual Meeting will feature Integrity First for America (IFA) Executive Director Amy Spitalnick and lead counsel Robbie Kaplan for a critical conversation hosted by JCRC President Ronna Greff Schneider. Learn from them as they explore the path from Charlottesville to the Capitol and beyond—starting with IFA’s Charlottesville lawsuit, Sines v. Kessler, which takes on the leaders of this violent movement and heads to trial this fall.

The Annual Meeting will be held virtually on Tuesday, June 29 at 7 p.m.

The event is open to the public. You can register by visiting jewishcincinnati.org/JCRC.