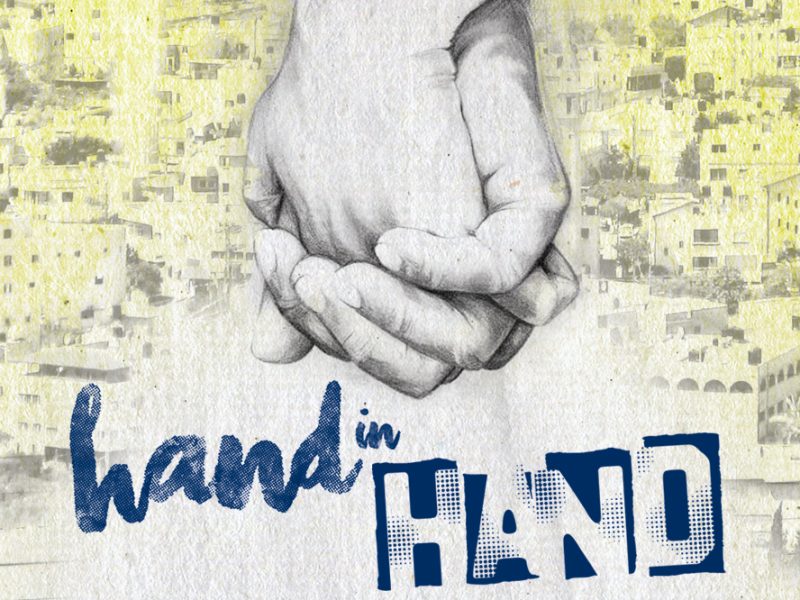 How can Israel’s Arabs and Jews break down the barriers of mistrust and separation between them? Hand in Hand is an organization that is reshaping Jewish-Arab relations in Israel with a growing network of integrated schools and communities that bring thousands of Jews and Arabs together every day. With huge demand around the country, Hand in Hand is proving that living together is a viable option for all of Israeli society. At 7 p.m. on Tuesday, March 21, Hand in Hand changemakers Mohamad Marzouk and Noa Yammer will explore their personal journeys to this work as well as the dilemmas and successes that come with building a shared and equal future for Arabs and Jews in Israel.

As Hand in Hand’s International Community Engagement Coordinator, Noa Yammer shares the organization’s story with thousands of supporters in Israel and around the world in visits, workshops, and online. She is also the Youth Program Director at Heartbeat, a music dialogue organization for Israeli and Palestinian youth. Yammer brings decades of experience in activism and education to her work. Mohamad Marzouk’s commitment to Hand in Hand’s mission goes beyond his job description: two of his children are Hand in Hand school graduates, and his third child is in fourth grade there. He brings two decades of social and political activism to his role as the Director of Hand in Hand’s Community Department. Outside his responsibilities at Hand in Hand, most of Marzouk’s work has focused on social change and the advancement of civil society in Arab communities in Israel, as well as on peace education through Jewish-Arab dialogue.

“Hand in Hand: Building a shared future for Arabs and Jews in Israel” will be held at 7 p.m. on Tuesday, March 21, 2017, at the Mayerson JCC. Visit jewishcincinnati.org/israelity to RSVP.

This presentation is part of the 2017 Israelity speaker series, “Coexistence.” This year’s featured speakers will bring different Israeli perspectives to Cincinnati to discuss their efforts in building Israel’s shared society. The series is brought to you by the Jewish Federation of Cincinnati in collaboration with the Jewish Community Relations Council and the Mayerson JCC.

“Hand in Hand is an organization that is reshaping Jewish-Arab relations in Israel with a growing network of integrated schools and communities that bring thousands of Jews and Arabs together every day.”