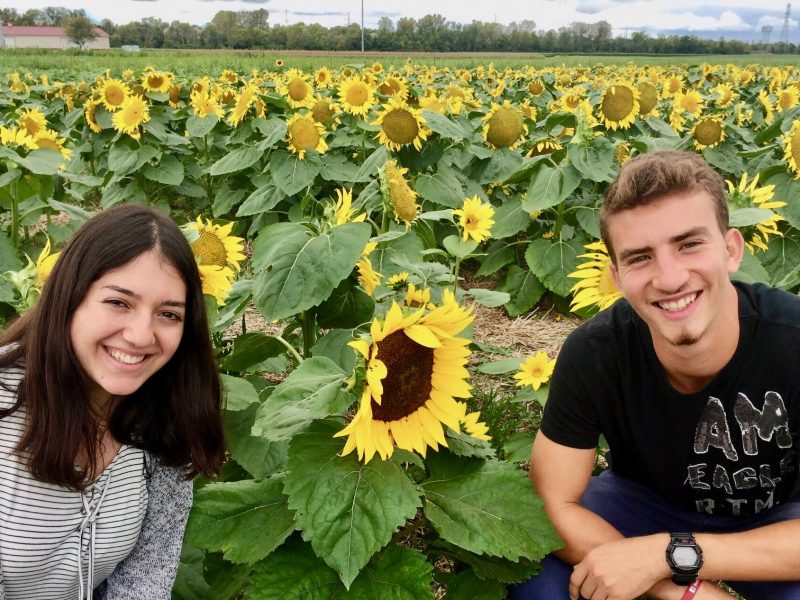 Liat Falah and Stav Barkai arrived in the United States in August. They are the newest Chaverim M’Israel [Friends from Israel], young emissaries from Cincinnati’s partnership city of Netanya who teach Americans about life in Israel.
October 11, 2017 | 2 Comments
Tweet
Share140
Share
140 Shares

Israeli Cincy Guide for Beginners: Tips from Chaverim After 5 Weeks in US 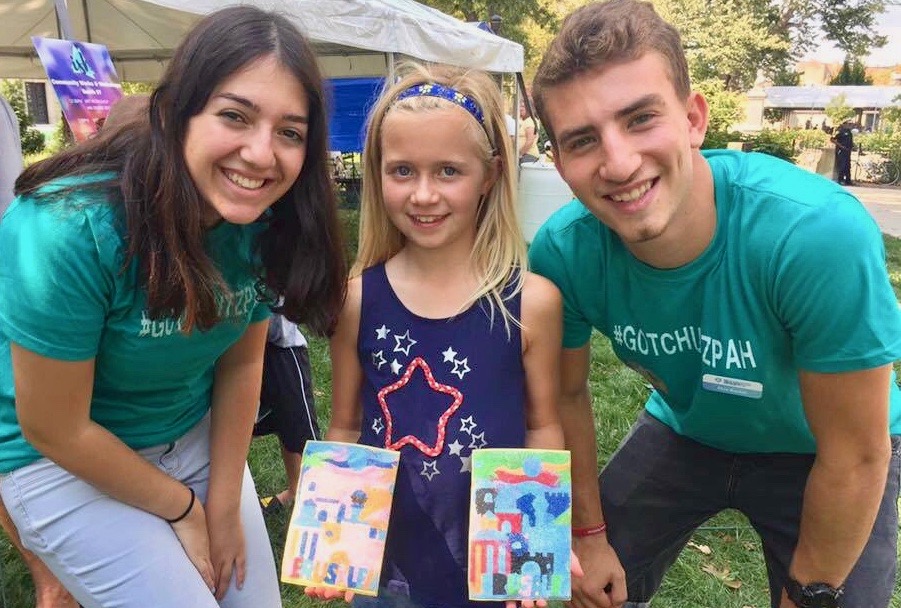 
Each September the Jewish Federation of Cincinnati welcomes two new Friends from Israel/Chaverim M’Israel. This year we welcomed Liat Falah and Stav Barkai, who will stay through summer 2018. This is the 14th year of the Friends from Israel/Chaverim M’Israel program, which brings two post-high-school teenagers from our partnership city, Netanya, to Cincinnati to share their stories, and teach people across the Cincinnati area about Israeli life. This program is part of Partnership2Gether (P2G) of the Jewish Federation of Cincinnati.

We arrived the 23rd of August. The flight was long—18 hours to be exact. After five weeks away from our home in Israel, and after five weeks of learning, eating bagels, driving, teaching … and eating some more bagels … we have begun to experience the quirks of living in the United States, and we have some tips to offer Israelis who travel to Cincinnati in the future. So here it is—our “Israeli Cincy Guide for Beginners.”

Food: After a few days, your hosts will probably take you to the nearest Skyline Chili, where they will tell you how great it is and how much everybody loves it. Whether you love it or 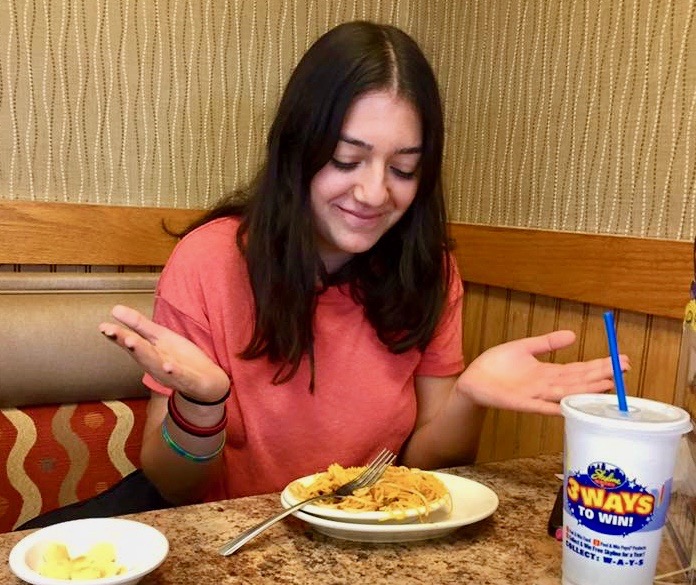 not, if someone asks you how Skyline was, you have to say it is the best chili and spaghetti you’ve ever had. (Which is probably true, because who eats spaghetti with chili anyway?) Side note—if you go to Graeter’s, it really will be the best ice cream you’ve ever had.

Walking: Do not try to walk from one place to another. Ever. First of all, there are no sidewalks along the roads. Second, nobody walks anywhere. Period. If someone sees you walking, he will think your car broke down … or … that you are an Israeli!

Talking in circles: Let’s be honest. Americans are much more polite than Israelis. If you ask a question, don’t expect a straight answer. For example, if you offer someone candy and he says, “That’s okay,” it basically means he does not want your candy, so don’t try to offer it in another way.

Dress Code: What Israelis consider “dressed up” is considered casual in the United States.  Even if you wake up on Rosh Hashanah morning and put on the fanciest clothes that you have, you’ll arrive at the synagogue and realize you are woefully underdressed. Nobody will say a word, however, because they are too polite—so at least that’s something to be thankful for. 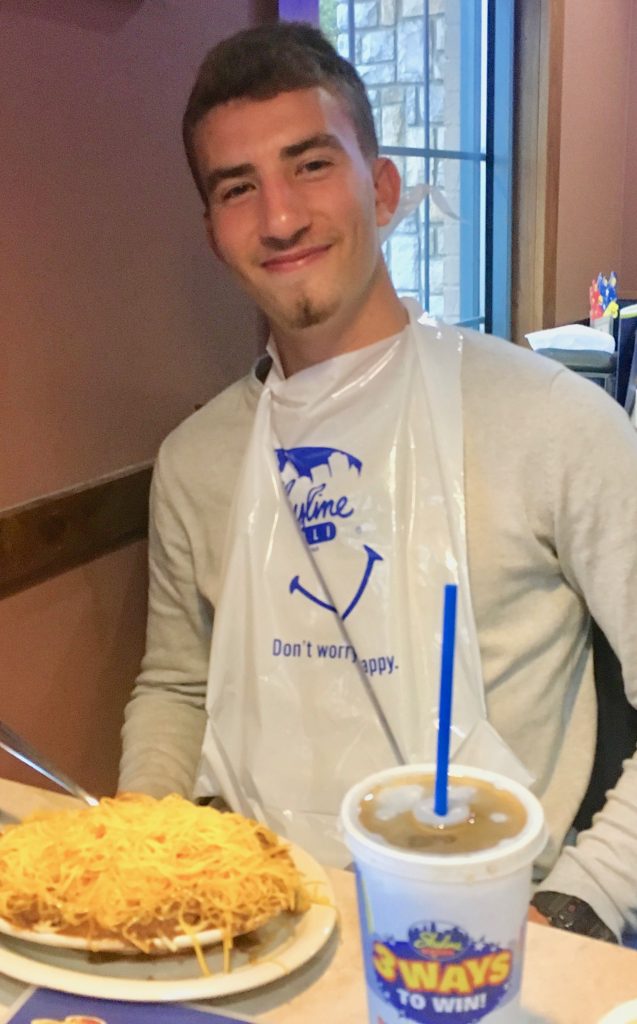 Target—Your One-Stop Shop: Should you ever want to buy a carrot, earphones, a shirt, and a table in the same store, Target is your place! In case you didn’t plan to buy all of that, but you went to Target anyway … expect to end up buying much more than you came for.

Restaurants: As you’re sitting in a restaurant with your host family, don’t be surprised to be handed a menu that seems 100 pages long! (The Cheesecake Factory is a perfect example.) And after wading through the humungous menu, if you still can’t find something you like, feel free to customize your whole meal. As they say, “Everything is bigger in America!” That is certainly true of portion size. Your meal will likely be able to feed you for a week! Want to skip the wait at a sit-down restaurant? Just drive through a fast-food restaurant and get dinner delivered through your driver’s side window. This is an amazing experience (and also really lazy).

Street Animals: In Israel, there are street cats everywhere. Before we came to the United States, we were sure that the only animals we would see on the street would be cats. However, when we arrived, we realized we were wrong. Like we said before, “Everything is bigger in America!” That includes animals wandering the streets. In the case of Cincinnati, it’s not cats but deer.

And last but not least: Make sure that when you arrive at your host family’s house, you find out where the toilet paper is hidden. Just trust us—this is important advice!

Even with all of these cultural differences, after only five weeks, we already feel at home. That’s thanks to all of the amazing people we have met, including our hosts and the community.

The Chaverim M’Israel are hosted in homes by community members. The experience of hosting is as enriching for the families as it is for the chaverim. Israel is now a part of each family. And each family shares a son/daughter in Israel. If you want to learn more about hosting an Israeli teen in your home (for shorter experiences or as a chaverim host), or to bring the chaverim and their story to you, please contact Sharon Spiegel, Director, Youth Israel Experiences, Jewish Federation of Cincinnati, at sspiegel@jfedcin.org.

Follow Liat and Stav on Facebook. The Chaverim/Friends of Israel Program is part of the Jewish Agency for Israel’s Partnership2Gether Program, which is one of over fifty programs and agencies funded in part by the Jewish Federation of Cincinnati.

Thanks to you and the help of our partner agency, Liat and Stav will be here all year, sharing what they knows about Israel and building bridges between our two communities.

“Whether you love it or not, if someone asks you how Skyline was, you have to say it is the best chili and spaghetti you’ve ever had. (Which is probably true, because who eats spaghetti with chili anyway?)” —Liat Falah and Stav Barkai