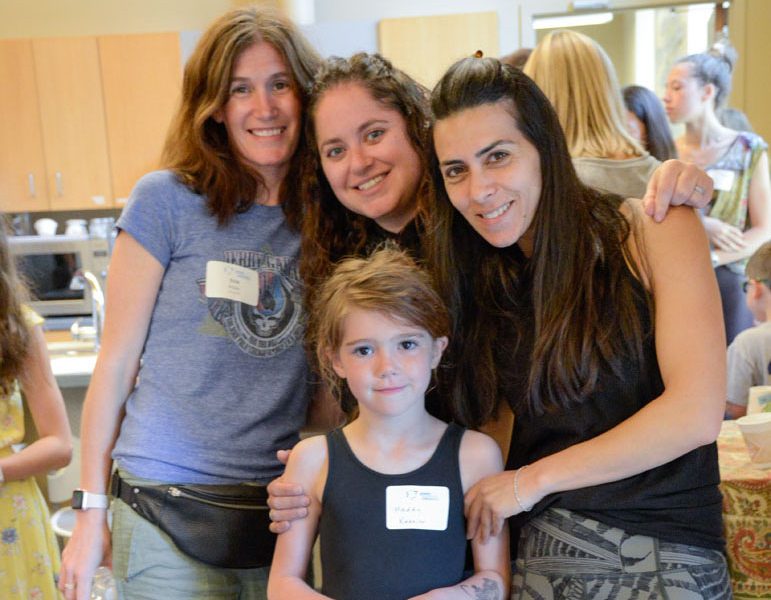 “Our hope is to build one of the most welcoming, innovative, and vibrant Jewish communities in America,” said Bret Caller, President of The Jewish Foundation of Cincinnati. “To realize this vision, along with the Federation, we commissioned the 2019 Cincinnati Jewish Community Study to get a fresh portrait of our community and give insights into planning for the future.”

The study will give community leaders critical information, including the Cincinnati Jewish community’s demographics, constituent wants and needs, socioeconomic and affiliation patterns, as well as behaviors and attitudes toward issues confronted by a modern, growing 21st‐century Jewish community.

The Foundation and Federation worked with the Maurice and Marilyn Cohen Center for Modern Jewish Studies (CMJS) and the Steinhardt Social Research Institute (SSRI) at Brandeis University to launch the new study. CMJS/SSRI is a renowned research institute dedicated to the study of American Jewry and religious and cultural identity. Over the past decade, they have worked with more than a dozen Jewish communities to develop studies like ours, using their groundbreaking approach to estimating Jewish populations and assessing Jewish engagement.

“The study will give us a better understanding of the nature of our Cincinnati Jewish community,” said Rabbi Robert Barr, founding rabbi of Congregation Beth Adam and member of the Community Study Advisory Committee. “And while the data will be informative, ultimately, it will help drive the decisions we make to meet the changing needs of our community.”

The findings of the 2019 study will be released on January 15, during an event at the Mayerson JCC which is open to the whole community. After the initial rollout in January, Federation and Foundation leaders will launch a Year of Learning to engage community leadership and individuals in how to digest, analyze, utilize, and make meaning out of the 2019 study data.

“This will be the beginning of a conversation about how we can best support our community leaders in understanding and utilizing the data,” said Jewish Federation of Cincinnati President Gary Greenberg. “We will unearth new insights and likely more questions, which will lead to deeper analysis of the 2019 study and the development of our Cincinnati 2030 vision.”

“Countless hours of discussion and analysis were invested in selecting the right partner and methodology to conduct the study,” said Ernesto Levy, a member of the advisory committee. “And now that the data is in, equal energy is being dedicated to analyzing and deploying the information collected. The Jewish Federation and Foundation deploy millions of dollars and mobilize so many volunteers every year. It is important that this work be done behind a vision and strategy informed by data.”

The results will show the population of Jewish adults is stable. Congregational affiliation is steady, even as it is decreasing nationwide. More Jews are part of interfaith households, and the community is demographically more diverse.

“The study also shows how diverse we are as a community geographically,” said Elida Kamine, a member of the advisory committee. “It also shows that our patterns of movement have changed; where during the 19th and 20th centuries, there were effectively one or two Jewish neighborhoods in each generation, and we migrated generally north or east every few decades, now our Jewish community is living farther from the center. That can play a role in how engaged households are in Jewish life.”

“It has been a great pleasure to work collaboratively on this Cincinnati Jewish Community Study with the committed and informed members of the Advisory Committee, and with the professional leadership team of Kim Newstadt, Barb Miller, Shep Englander, and Brian Jaffee,” said Janet Krasner Aronson, CMJS/SSRI Associate Director. “Each member of the Advisory Committee has taken their task seriously, and provided thoughtful and valuable feedback to make sure that the survey reflects the perspectives and values of the local community.”

For many members of the community, the process will feel familiar. In 2008, The Foundation and Federation did a similar study. That initiated a ten-year journey, beginning in 2010, to build an engaged and empowered Jewish community, called Cincinnati 2020.

The Cincinnati Jewish community looked very different in 2010. Jewish Hospital had just been sold, which tripled The Foundation’s assets. The Mayerson JCC had just been built. However, the vision was still in the early stages of determining how those would revitalize the community and open up new opportunities for engagement and support.

“At the same time, we were still in the midst of the Great Recession, and several organizations were either in dire financial straits or, at a minimum, were trying to find new efficiencies to operate leaner in order to remain in operation,” said Brian Jaffee, Executive Director of The Foundation.

“Armed with an updated Jewish community study, we created a vision of what an engaged and empowered community would look like and put our resources toward making that a reality,” said Federation CEO Shep Englander. “Ten years later, because of the unique partnership between the Federation, Foundation, JCC, and other Jewish communal institutions, Cincinnati is punching above its weight class relative to other Jewish communities our size.”

Cincinnati sends more young people to Israel per capita than any other community in the United States, and it has developed new initiatives and programs to meet the changing needs of the community, that are now being modeled by other cities, including the 2016 Congregational & Community Israel Mission, SAFE Cincinnati, and Shared Business Services.

“But we cannot bask in those achievements. Ten years from now, we should measure ourselves by the innovation, the imagination, and novelty we displayed in 2010 and remark with similar amazement over the accomplishments since 2020,” Caller said.

“Our hope is to build one of the most welcoming, innovative, and vibrant Jewish communities in America.” – Bret Caller