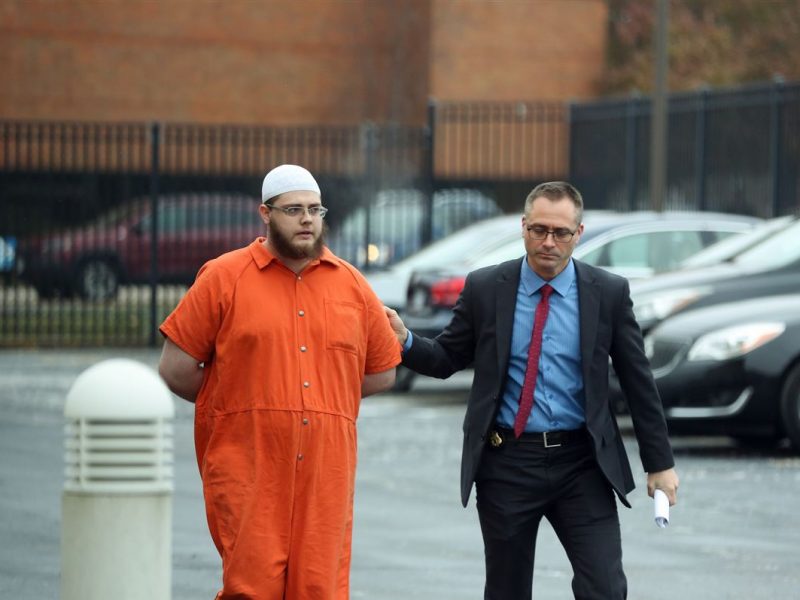 We are so grateful for the efforts of the FBI to prevent an attack on synagogues in the Toledo area. We applaud law enforcement officials both at the national and local levels for their ongoing work on behalf of the Jewish community. Although there is no direct nexus to Cincinnati, this incident is unfortunately a close-to-home reminder of the dangers that do permeate our current culture, even in Ohio.

Below is a statement from the Secure Community Network (SCN), the official homeland security and safety initiative of the organized Jewish community in North America. SCN is funded by the Jewish Federations on North America, our umbrella organization, and works closely with Jewish Federations including Cincinnati, its Jewish Community Relations Council (JCRC), and its community security program SAFE Cincinnati. Your campaign dollars help support these programs, which are vital to the security of our local and global Jewish community.

(Chicago, IL) – The Secure Community Network (SCN), the official homeland security and safety initiative of the organized Jewish community in North America, applauds the arrest of an Ohio man who was charged in federal court for planning an attack on a synagogue in the Toledo area. SCN, who has been in contact with law enforcement officials regarding this investigation, expresses its sincere appreciation and gratitude to the Federal Bureau of Investigation (FBI) and the Department of Justice (DOJ).

“We commend and thank the FBI for their ongoing and thorough work on behalf of the safety and security of the Jewish community, as well as our country,” said Michael Masters, SCN National Director and CEO. “The offender in this case wished to undertake a mass shooting at a synagogue, maximizing the number of victims. He specifically referenced the events at the Tree of Life Synagogue in Pittsburgh, where 11 members of the community were killed and others injured, to include law enforcement officers. That tragedy and today’s announcement are a reminder of the various threats confronting the Jewish community, as well as the critical role we all play in ensuring the safety and security of our community.”

As early as 2018, the alleged offender was being closely monitored by law enforcement. While highly calculated and inspired by hatred, the activities contained within the affidavit represent the actions of a single individual, who seemingly acted alone and whose actions were closely monitored by law enforcement. There is no known ongoing threat against the Jewish community related to the actions announced.

“We are made stronger when we work together on our collective security – from ensuring that we are aware of and report suspicious activity to having effective security plans and training in place at our facilities,” noted Masters. “Cooperation between law enforcement and our community is an essential part of this. We deeply appreciate the FBI’s ongoing commitment to this effort, as well as the fidelity, bravery and integrity shown each and every day by the members of the Bureau in their service to our country.”

SCN encourages organizations and members within the Jewish community to remain situationally aware, and to work to proactively implement policies, procedures and plans to ensure the safety and security of our community and its institutions.

The Secure Community Network (SCN), a nonprofit 501(c)(3) organization, is the official homeland security and safety initiative of the organized Jewish community in North America. Founded in 2004, under the auspices of The Jewish Federations of North America and the Conference of Presidents of Major American Jewish Organizations, SCN serves as the central organization dedicated exclusively to the safety and security of the American Jewish community, working across 147 federations, 50 partner organizations, over 300 independent communities as well as with other partners in the public, private, non-profit and academic sectors. SCN is dedicated to ensuring that Jewish organizations, communities, as well as life and culture can not only exist safely and securely, but flourish.


To read the statement on the arrest from the Jewish Federation of Greater Toledo, click here.