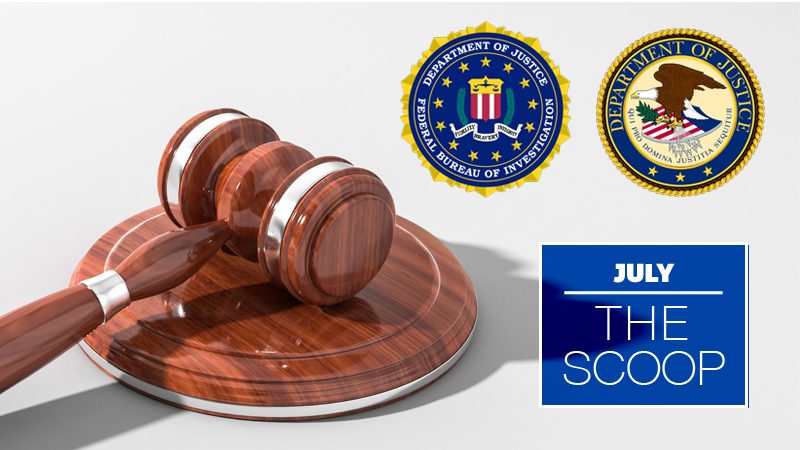 Hate Will Not be Tolerated: The Scoop in July

Like most in my generation, I grew up believing that antisemitism persisted in some parts of the world but that we had left it behind in America. So it was disorienting when I testified this week in the sentencing hearing for a man convicted of a violent antisemitic attack in the heart of our Jewish community.

One Saturday night in 2017, outside the Mirage restaurant in Harper’s Point, a man started yelling that he hated Jews and dared anyone to say they were Jewish. When one brave customer said he was Jewish, the attacker beat and kicked him while screaming: “I want to kill all of the Jews” and “I want to stab the Jews.” The victim was left with a broken bone in his face and debilitating headaches for a month that caused him to lose his job. Panicked community members called us immediately after the attack.

The Federation, through both our Jewish Community Relations Council (JCRC) and the SAFE Cincinnati community security initiative, took action. The JCRC runs what amounts to an “antisemitism hotline,” and functions as a fast-response mechanism that assists community members who’ve experienced antisemitism. The JCRC staff reached out to the victim and helped him to report this hate crime to the FBI. They also spoke out publicly throughout the investigation and trial.

Meanwhile, our SAFE Cincinnati team, which is led by two former FBI Special Agents and a facilities expert, maintains close relationships with our existing federal, state, and local law enforcement partners to provide our community with a unique security perspective and protective umbrella. Our SAFE team coordinated with the FBI during its investigation and with the US Attorney’s Office in its decision to prosecute.

Our JCRC and SAFE professionals worked together seamlessly. This case demonstrated the power of Federation’s diverse and specialized expertise working with great coordination and efficiency to bring about the best possible outcome.

The US Attorney sought a sentence that would send a message that attacking someone based on their religious beliefs would not be tolerated. The US Attorney told us that to get an appropriate sentence, it was important that a “victim witness” testify that the harm of this attack went beyond the pain and suffering of the direct victim.

It was not an easy decision for me to appear in court and face the perpetrator of this violent crime. But after witnessing the courage of the professionals of the FBI and the US Attorney’s Office, I knew I had to do my part. I knew I’d made the right decision when I walked into the courtroom and saw the senior leadership of the Cincinnati FBI, the US Attorney for Southern Ohio, and a special counsel from the Department of Justice, Civil Rights Division, who flew in just for this hearing.

I testified that the attack caused fear and panic in the many who reached out to our JCRC. Many were afraid to frequent the Mirage restaurant and even other Jewish community gathering places. I also noted FBI statistics showing that Jews are the group most often targeted based upon religion and second only to African-Americans overall.

The testimony was well received, and the US Attorney was gratified that the Court then imposed the maximum sentence recommended under the federal sentencing guidelines: two 30-month sentences (one for the hate crime, another to be served concurrently for providing false statements to the FBI) and three years of supervised federal probation. This was the first conviction under the Matthew Shepard and James Byrd, Jr., Hate Crimes Prevention Act in our region. The power of this hate crime conviction is to show that we cannot and will not stand by while the confidence of our community members to freely associate is attacked.

Coincidentally, over the past several months, I have been enrolled in the FBI Citizens Academy at their Cincinnati office. So when I sat down in the courtroom this week, I knew that the FBI special agents sitting around me were men and women of paramount integrity, talent, and commitment, who risk their lives to protect us and our freedom every day.

I was moved by the support of about a dozen FBI special agents who came to the hearing. It is hard to describe the dedication, intellect, leadership, and perseverance of the US Attorney’s Office and Assistant US Attorney’s Civil Rights Team, led by Trial Attorney Dana Mulhauser from the Department of Justice.

I can no longer deny that antisemitism is a real and present danger in America—and even in Cincinnati. We should not panic. We should not overreact. But we need to stand firm against hate—not only to protect our community and our children but also to protect the American way of life.

I am thankful for those who attended the sentencing this week and for all of you who support the everyday work we do to combat hate and violence. Your financial and moral support powers our fight against antisemitism and hate, and keeps our community safe.