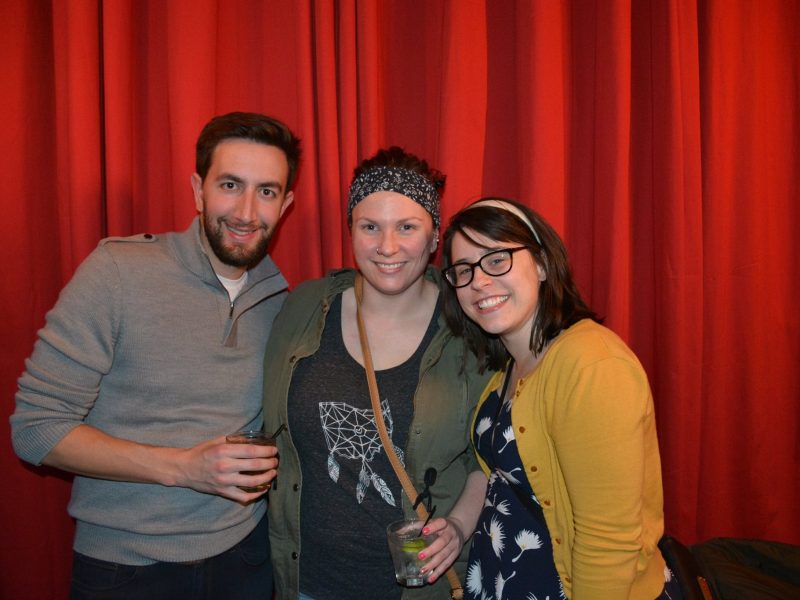 Young Jewish professionals examined the Jewish prohibition on tattoos and its place in 2017 at a Speak Up Speak Easy discussion.
May 2, 2017 | 5 Comments
Tweet
Share10
Share
10 Shares

I suspected many young Jewish professionals know that Judaism disapproves of tattooing but don’t exactly know what the objection is or what religious principle or text that objection is based on. Many learned about the prohibition in Sunday school. They heard rumors about it growing up, including that tattooed Jews can’t be buried in a Jewish cemetery. I have found that while most Jews are aware of the rule against body modification, there seems to be a lot of discrepancy as to where it comes from, why it was put in place, and whether it is relevant today. They have questions. Are the rumors true? What does it all mean for me, if I have tattoos?

I chose this topic for the recent Speak Up Speak Easy to satisfy those inquiring minds who want to know once and for all just how guilty they should feel about getting or having tattoos. Inquiring minds… like me, who recently got my first tattoo (of which my mother’s not a fan). I figured the best way for my peers and me to learn the truth was to hear it from a rabbi. I remembered an interesting conversation I had with a local Reform rabbi about the concept of autonomy, and I decided it would be the perfect lens to use for this young adult discussion. Who owns your body, you or God? That’s a question I wrestled with before getting my tattoo, and I suspected others had, too.

I thought only young Jews who had tattoos would attend. However, I was pleasantly surprised to see a mix of inked and un-inked folks gathered to learn more about this Jewish taboo. Rabbi Robert Barr of Beth Adam led the discussion; he brought with him a fully ink-covered friend, our own personal Kat Von D for the night, who had worked in a tattoo parlor for ten years and lent another experiential dimension to the discussion.

It was fascinating to learn more as an adult about the basis for the prohibition on body modification and the Jewish aversion to it, and to examine it from different angles. In true Jewish fashion, there was vigorous debate about its place in 2017 and how it relates to people’s lives in a practical way, debate which won’t likely end soon (nor should it). For the record, that being buried in a Jewish cemetery thing is a myth. The wrath you’ll likely face from your Jewish mother or grandmother, however, is not. So we will carry on in true Speak Up Speak Easy fashion, where everything is up for discussion.

The Jewish prohibition on tattoos comes from the Torah, which says in Leviticus 19:28, “You shall not make gashes in your flesh for the dead nor incise any marks on yourself: I am the Lord.” Support also comes from the Jewish concept of b’tzelem Elokim (in the image of God), which states that our bodies are a precious gift on loan from God, that are entrusted to us to care for but are not our personal property. It is universally agreed upon that tattoos created involuntarily (for instance during the Holocaust) or for medical purposes are not a violation.

“I chose this topic for the recent Speak Up Speak Easy to satisfy those inquiring minds who want to know once and for all just how guilty they should feel about getting or having tattoos.”
–Emily Gilgoff