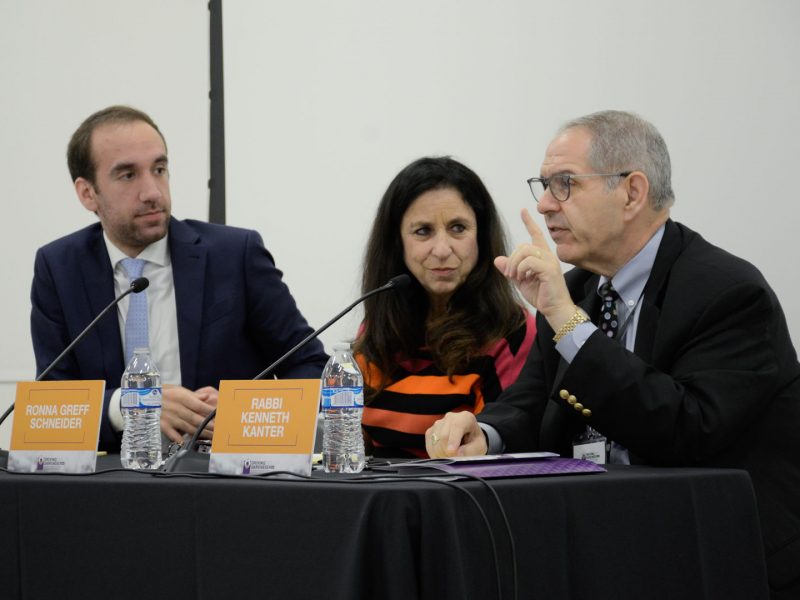 Why Communities Must Change Everything to Combat Antisemitism

The following article was published in eJewish philanthropy, a national daily newsletter for Jewish professionals. I co-authored the piece with David Bernstein, President and CEO, Jewish Council for Public Affairs (JCPA).

The resurgence of antisemitism on both sides of the ideological spectrum, exhibited in novel and sometimes deadly ways, demands that Jewish communities reevaluate priorities and create new strategies to combat it.

In the latter part of the twentieth century, American Jews enjoyed a welcome respite from history. Antisemitism plummeted. Many thought that at least in the US, the oldest hatred had become a minor threat.

Fast forward 25 years, and we now find ourselves fighting a battle against antisemitism on an unprecedented two fronts, with no end in sight.

First on the left, with the end of the Camp David peace process and subsequent violence in the Palestinian territories in the early 2000s, we saw the beginnings of the “New Antisemitism” aimed primarily at the Jewish state. The birth of the BDS movement and a broader delegitimization campaign bore the hallmarks of bigotry rather than mere criticism of Israeli policy. And it’s only gotten worse. These same forces have exploited today’s intersectional discourse, further spreading antisemitism in far left-wing circles and threatening to break into the mainstream, as is evidenced in Europe.

Then on the right, we are experiencing a revival of the old antisemitism, with deadly consequences. The “Unite the Right” rally in Charlottesville two years ago was a rude awakening as hundreds of white nationalists surrounded a synagogue chanting “Jews will not replace us.” Jews worshipped safely in the US for 350 years until a gunman stormed the Tree of Life Synagogue in Pittsburgh. This terrifying “first” was followed only six months later by an attack in Poway, California, and now a series of arson attacks in Boston. Just like left-wing antisemitism, there is a danger that the virus will proliferate beyond its ideological quarters.

Arguing over which “wing” of antisemitism poses a greater threat is an exercise in futility. Both are dangerous and, unfortunately, neither shows signs of abatement. America’s hyper-polarized political environment is fertile ground for all manner of extremist voices. The transition underway from an industrial to a post-industrial economy is wreaking havoc on traditional sources of income, generating further inequality, and exacerbating social tensions, all of which fuels bigotry, xenophobia and antisemitism. We should buckle up for the long-haul.

Nonetheless, this moment calls for thoughtful strategy, not knee jerk responses borne out of hyperbolic panic about “history repeating itself.” While some draw parallels to the 1930s, Jews are, in fact, more “warmly” regarded by Americans than any other religious group, according to a recent Pew study. Our myriad allies stepped up in droves after the attacks in Pittsburgh and San Diego. A Jewish response rooted in misplaced hysteria undercuts our ability to strategically anticipate what is likely ahead, and to prepare for that reality.

While antisemitism on the right and left are different, both require our attention. Here’s how we can transform our communities in order to effectively meet this serious challenge:

We have our work cut out for us. It is a shift we must make.

“This moment calls for thoughtful strategy, not knee jerk responses borne out of hyperbolic panic about ‘history repeating itself.’”