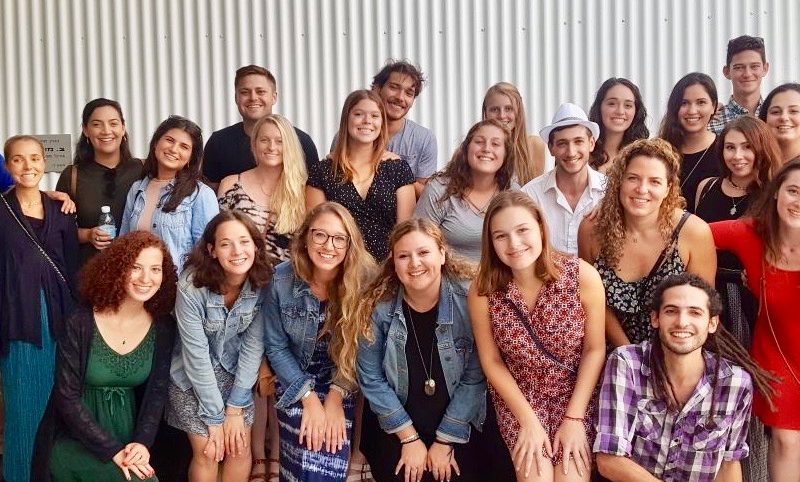 As an American living for the first time in Israel, I really enjoyed the recent story written by the Chaverim M’Israel (Friends from Israel) in Cincinnati about their first impressions of the city. A fresh perspective can give you insights insiders can’t see. So this month I’ll offer my own version—Netanya style.

Pumpkin spice—NOTHING! The large, orange pumpkin we are so accustomed to in the United States does not exist in Israel. Pumpkin-flavored treats are not a thing. That wasn’t a problem until I started teaching my classes about Halloween, using the web-based quiz game Kahoot. One of the questions was, “What is a Jack-o-Lantern made out of?” The choices were: an eggplant, hummus, a pumpkin, and a pomegranate. Yes, believe it or not, some of my students actually chose hummus!

Speaking of hummus… I am learning it is actually possible to be tired of hummus. However, it is such a staple of the diet here, and it’s good for you, that I end up eating it pretty much every day.

Most days I make my own food or eat leftovers from Shabbat, but occasionally, I go to restaurants. My favorite meal to eat out is breakfast, and Israeli breakfasts are the best! When I go to out to eat, the host usually assumes I’m Israeli (probably because of my curly hair and my recent purchase of Blundstone boots, which everyone wears here), so they give me the Hebrew menu. From there I attempt to decipher it for a few minutes, then sheepishly ask for the English menu.

Ani midaberet kzat Ivrit! I am getting better at Hebrew (liat liat, slowly slowly). I finished a remedial Ulpan course (5 weeks, 2 times a week). Now that Ulpan is over, I am continuing to use the apps Memrise and Duolingo. Every time I have a successful interaction in Hebrew, it’s a small victory.

Fall-ish: Despite all the jokes made about it, I do miss the signature pumpkin spice flavor of fall—and fall in general. This is the first time in my life that I haven’t experienced the changing of the leaves or felt the crispness in the air. Even though I miss the fall I am used to, I am really enjoying the fall in Israel! I am still able to go to the beach sometimes; the temperature is in the 60s and 70s. However, the rainy season is beginning, and Israelis are hilarious about rain! I went to a Shabbat Kiddush, and they were complaining it was going to rain the next day. It did indeed rain, for a whopping 30 minutes, and then it was finished. I laughed at the thought of Israelis experiencing a torrential downpour and a day of perpetual rain like in the US.

Moovit! People in Netanya walk everywhere. This is possible because there are sidewalks

everywhere. And if they are not walking, they are on an electric bike (usually on the sidewalk). And if they are not on an electric bike, they are on a train. Or a bus, where they found out what time the bus is leaving from the app Moovit. And yes, many people drive cars here, too. Oh, and you can’t forget about the sherut. The sherut is like if a bus and a taxi had a baby; it’s smaller than a bus without the crazy price of a taxi. (Fun fact: you cannot use Moovit to find out information about the sherut). And, believe it or not, they use other forms of transportation—just check out @israelis_drive_anything on Instagram.

Despite the variety of options, Israelis say public transportation is terrible… at least until I tell them about transportation options in Cincinnati, which include a car, a car… or a car… or a bus, which will take an hour to get somewhere it’d take you 15 minutes to drive. I have been using a bike to get around Netanya (courtesy of the Garfinkle family), which is actually a nice change for me because biking the hills and distances in Cincinnati make it nearly impossible to use a bike as my regular and reliable mode of transportation.

MAX—the new Target: There’s a new store in Israel called MAX. Basically, it’s anything China sends to Israel, which is then sold in a big warehouse. It’s the closest thing to Target you are going to get, but it’s still not Target. Even though there isn’t one store that sells everything, there is an outdoor mall right by my house where I can usually find what I need, from groceries to clothes, and everything in between.

Acharei HaChagim: This is the catch phrase for the two months of High Holidays in Israel. I am learning that there’s even Acharei Acharei HaChagim because it takes about a week for everyone to get out of holiday mode (kind of like the first week of January after winter break).

Despite this, we had a pretty spectacular community Shabbat in Kiryat Ha’sharon at the matnas (community center). There were almost 200 people there, and all of the Fellows from Masa are now “adopted” by families in the community. This is very unusual for Israel, but after connecting with Juliana Ben Avraham, we realized how wonderful it would be to come together as a community and for the Americans to meet everyone in the neighborhood. I have to thank Juliana so much for her magic work in pulling this off because it was truly an incredible way to bring in Shabbat; not to mention the food was delectable.

On the whole, I am adjusting to life here. Coming to Netanya meant I was leaving some of the comforts and ease of life in Cincinnati, but every day I am learning and adapting to the pace of life here. And I think I’m falling for it.

The Cincinnati Fellow in Israel program is made possible by Partnership2Gether of the Jewish Federation of Cincinnati and by the Masa Israel Teaching Fellows Program.

Thanks to you, Brianna is making connections and expanding awareness in Israel of the many ways Americans identify as being Jewish.

“Coming to Netanya meant I was leaving some of the comforts and ease of life in Cincinnati, but every day I am learning and adapting to the pace of life here. And I think I’m falling for it.” —Brianna Pecsok